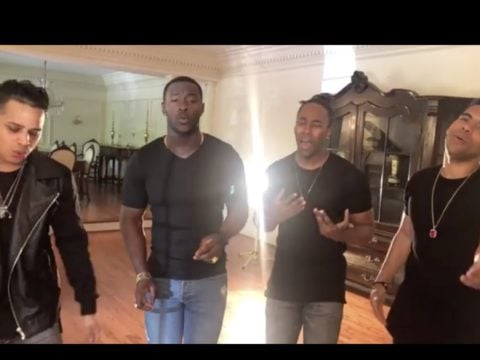 The NFL is finally caving into the pressure of getting an Atlanta musical act to hold down Super Bowl LIII however there’s a major twist. A-Town group Final Draft are slated to perform at the annual championship event but not during halftime.

According to reports, the R&B crew will perform at least twice during pre-Super Bowl LIII festivities.

We’re told Final Draft will perform at the Players Tailgate party, about 3 blocks away from the stadium. No tickets are needed, just show up and enjoy. The group will also perform later at the GameDay Fan Plaza … which, at least, is inside the stadium. Prior to this, Final Draft’s big break came on season 12 of “America’s Got Talent” where they reached the quarterfinals — and they’ve also appeared on Wendy Williams’ show. (TMZ)

“My goal is to give people a welcome to Atlanta experience like no other.”

JD made sure to address his real motivation for partnering up with the NFL.

“I mean, for me, this don’t have nothing to do with football. This has something to do with people coming to my city and, um, leaving with a mindset that Atlanta was the best city to have a Super Bowl in. That’s what made my decision. It’s really not about the game.”