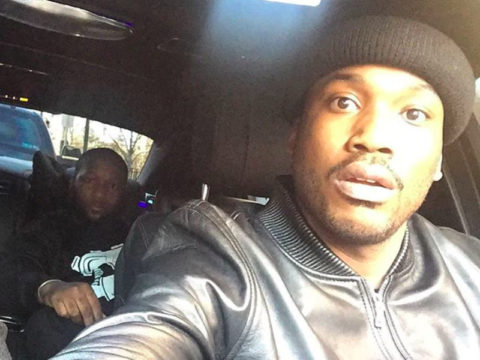 Maybach Music Group’s Meek Mill is on his hit-making grind. The hip-hop star has treated social media to an inside look at him in work mode.

Last night, the Dreamchasers boss lit up his Instagram feed with pics of himself in a recording booth.