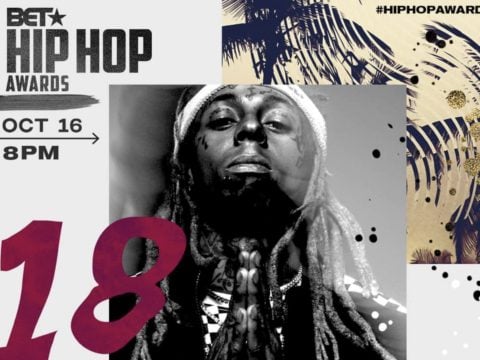 Grammy-winning rapper Lil Wayne is geeked out about next month’s BET Hip Hop Awards. The self-proclaimed Best Rapper Alive has reacted to getting honored at the upcoming ceremony.

Wayne hopped on Instagram Wednesday (September 19) to tip his hat to BET.

WAY long overdue! Thanks for all you've done for hip-hop, Weezy!

According to reports, Wayne is set to receive the “I am hip hop” awards at the October 16 event.

While fans continue to clamor for new Tunechi, they’ll be able to rejoice with their hero next month at the 2018 BET Hip-Hop Awards, where he’ll receive the “I am hip hop” award. Lauded for his mainstream success, Lil Wayne catapulted himself into the forefront of music with his dazzling releases, most notably his 2008 opus Tha Carter III. With five Grammy awards to his name, Wayne has proven to be an indomitable force in music, despite his long-winded battle with Cash Money. With Wayne and Birdman having now repaired their once-strained relationship, the road to Carter V awaits Weezy loyalists. (Billboard)

Put them 5s up