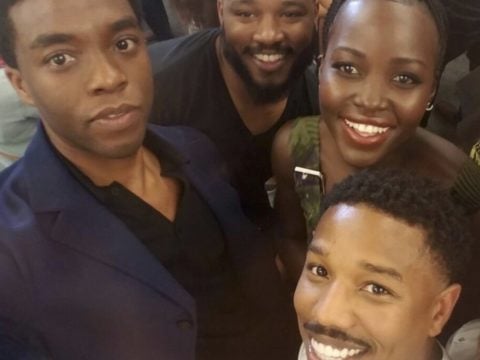 Black Panther director Ryan Coogler is getting ready to level up with NBA superstar LeBron James. New reports claim Coogler and King James will work together for the upcoming Space Jam sequel.

According to reports, Coogler will take on the role of producer as Hollywood heavyweight Terence Nance directs the long-awaited follow-up to 1996’s blockbuster movie.

In his first project since directing the record-breaking Black Panther, Ryan Coogler is teaming with LeBron James on the long-anticipated follow-up to the Michael Jordan-Bugs Bunny hit Space Jam, The Hollywood Reporter has learned. Coogler will produce the new Space Jam movie and Terence Nance, who created HBO’s Random Acts of Flyness and directed the experimental film The Oversimplification of Her Beauty, will direct. Production on the Warner Bros. film is tentatively slated for 2019, during the NBA off-season. It will be James’ first starring role after a successful turn as a supporting character in the 2015 Amy Schumer comedy Trainwreck. (The Hollywood Reporter)

Our first look at Space Jam 2!

James has since confirmed Coogler’s involvement and credited Ryan’s work on this year’s Black Panther smash.