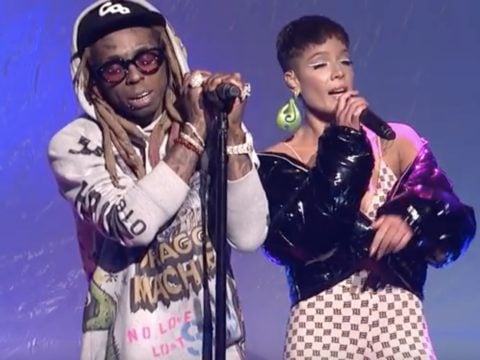 Grammy-winning rapper Lil Wayne pulled through in a big way a few hours ago. The hip-hop star delivered a couple major “Saturday Night Live” performances with some musical heavyweights by his side.

During his “SNL” sets, Wayne brought singer Halsey for their “Can’t Be Broken” performance and hitmaker Swizz Beatz to perform “Uproar.”

Throughout the week, Wayne promoted his highly-anticipated “SNL” appearance.

It’s the weekend – Bottles up, catch me on @nbcsnl TONIGHT!! #C5 @originalbumbu

Next week on #SNL