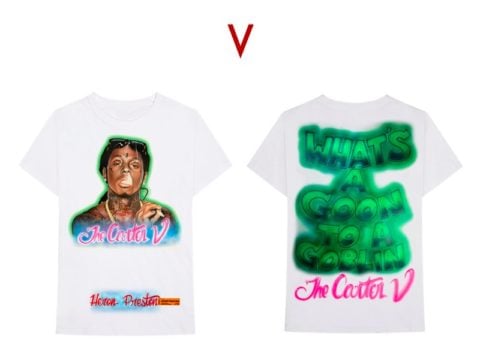 Each piece in the BRAVADO-curated collection will be released over nine days at 5 p.m. EST until October 4, and will only be available for 24 hours – check out the first shirt, an airbrushed number featuring an iconic lyric from “A Milli,” below. It’s designed by Heron Preston. (The FADER)