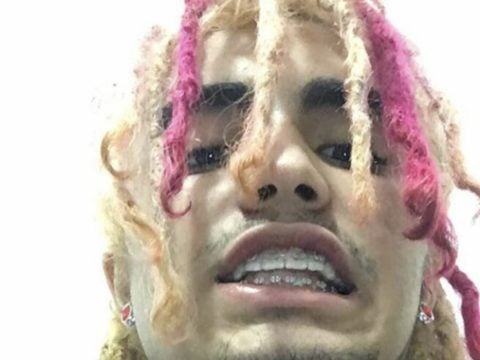 Florida rapper Lil Pump might not appear on his now-scrapped Harverd Dropout tour but that’s not stopping him from a couple upcoming live performances.

Barring any last-minute changes, Pumper will pull through for this month’s Breakaway Music Festival starting this Friday.

According to reports, Pump is expected to lose over $1 million after nixing his Harverd Dropout run.

We’re told Lil Pump was getting $70,000 per show on his upcoming tour … and with 15 concerts off the table, he’s losing out on $1,050,000! Adding insult to injury … the “Gucci Gang” rapper says he’s going back to jail for a couple months for violating his parole when he got busted in Miami during a traffic stop. We’re guessing that’s the reason his tour was banged. (TMZ)

Live Nation revealed Friday that all of the “Gucci Gang” rapper’s tour dates had been canceled, a move that likely stems from his recent legal issues. Lil Pump’s 15-show tour was originally set to to kick off in Denver, Colorado on September 28th. Fans who already purchased tickets will be issued full refunds. “Due to unforeseen circumstances, Lil Pump’s Harverd Dropout Tour has been canceled. Refunds will be provided at point of purchase. We apologize for any inconvenience,” a rep for Pump told Complex. (Rolling Stone)

Over the summer, LP announced he would likely spend time behind bars for a recent legal issue.

ILL BE BACK OUT

MY MANAGEMENT WILL BE HANDLING MY SOCIALS FOR NOW #FREEPUMP

The post Lil Pump’s Not Breaking Away From Upcoming Festival Despite Cancelling Tour appeared first on SOHH.com.