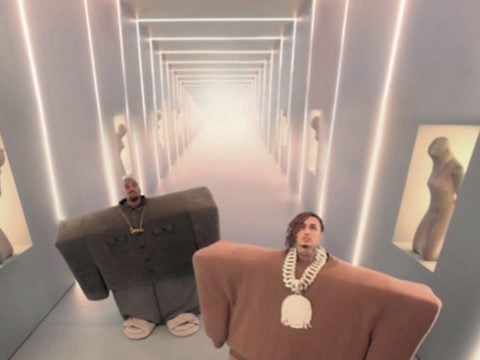 Florida rapper Lil Pump and Kanye West have the biggest song in the rap game right now. The duo’s new “I Love It” single is reportedly the most popular song in the world.

with the zoom in for anyone concerned with the man made construct of numbers.  The universe is infinite and also obviously on our mthrfckng side

The popular record almost immediately turned into the top streaming song in the country.

The duo’s “I Love It” video has reportedly made YouTube history.

The post Lil Pump & Kanye West’s “I Love It” Is Honestly The No. 1 Song In The World appeared first on SOHH.com.