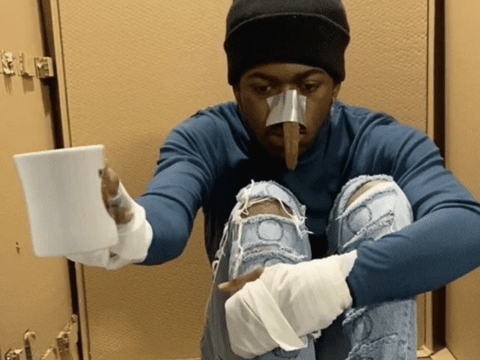 Rap rookie Lil Nas X stays coming through with creative content. The Grammy-winning entertainer has hit up social media to share a hilarious clip of himself turning into “SpongeBob SquarePants” character Squidward Tentacles.

Wait, There’s More: Last week, Nas X went to Twitter to go in-in on rapper Pastor Troy after getting called out for his sexuality.

Before You Go: Hours prior, X responded to Troy publicly calling him out over his sexuality and Grammys presence.