Keyshia Cole, 37, and her boyfriend Niko Khale, 23, welcomed a son on Thursday (Aug. 1). The baby boy was born at Cedars-Sinai Medical Center in Los Angeles, and the couple documented his arrival on social media.

She also shared a photo of her 9-year-old son Daniel Jr. holding his baby brother for the first time. “Big brother vibes,” she captioned it. 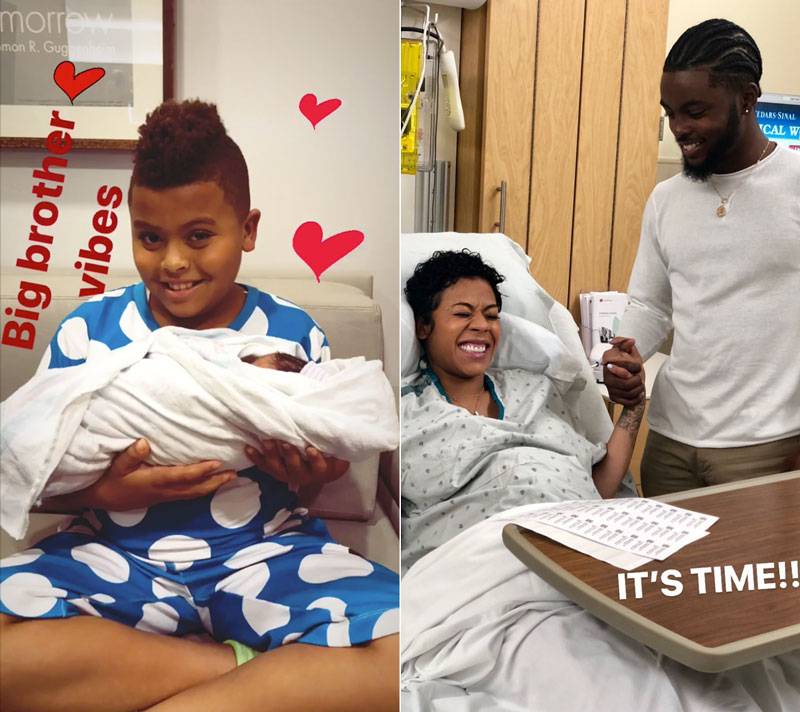 This is the first child for Khale and second for Cole, who shares a son with former NBA player Daniel Gibson.

Prior to the baby’s arrival, Cole shared her excitement over her growing family. “TOMORROW IS THE DAY,” she wrote. “We Will have ONE more to add to the BIG PICTURE FAMILY FIRST I’m nervous, But I’m ready!!!! It’s like CHRISTMAS, getting one of the GREATEST GIFTS OF ALL time!”

Khale also posted photos and video from the big day, including footage of him kissing Cole before she went into the delivery room. His mother and grandmother were also there to witness the birth.

Last month, the couple was joined by family and friends as they celebrated at a baby shower. They announced that they were expecting their first child together in May.

COUNTDOWN THREE DAYS TO GO !!!#1 I’m so happy I got a chance to film this process

and #2 to have been able to bring it back home to BET!! Where it all started!!!