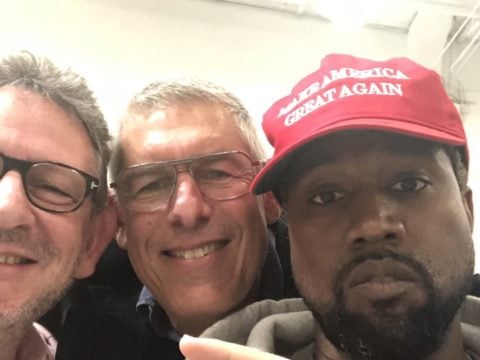 On Thursday, the pic surfaced online of Yeezy donning both message-driven apparel items.

We’re all still waiting on your answer, the floor is yours https://t.co/BZD9yFBP54