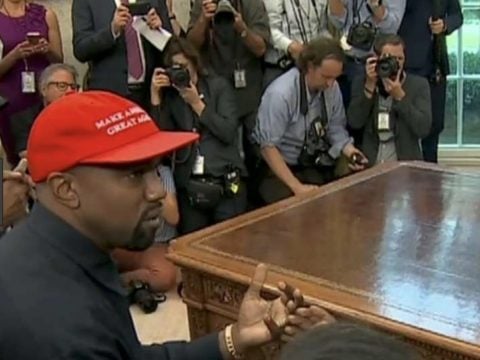 According to reports, some people in Trump’s camp didn’t see the positives in Ye’s headline-generating sit-down.

White House aides were reportedly embarrassed by a bizarre Oval Office meeting last week between President Donald Trump and Kanye West in which the rapper praised the president for making him “feel like Superman” and being on his “hero’s journey”, and the President appeared disoriented. “I heard from other West Wing aides who were hugely embarrassed that that had happened, thought that was not a good look, that this is not a rock concert,” New York Times White House Correspondent Maggie Haberman told CNN Friday. (Newsweek)

This week, various hip-hop artists shared their public issues with Kanye meeting with Trump at the White House.