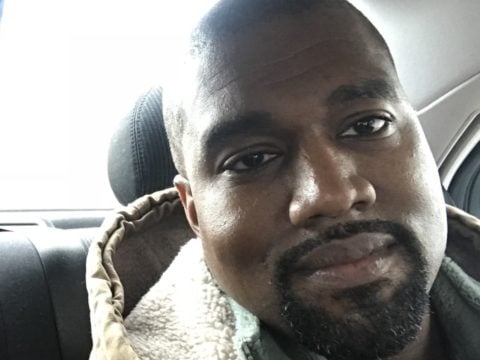 Grammy-winning rapper Kanye West is all about the kids. The hip-hop star has co-signed a couple of children dressing up as KimYe for Devil’s Night.

Kanye went to Twitter Tuesday (October 30) with little kids dressed up as himself and his reality TV star wife Kim Kardashian.

This week, Kim shared an epic moment between Kanye and their daughter North West.

Back in August, buzz developed about KimYe low-key down to have a fourth child.

Kim Kardashian and Kanye West have babies on the brain again! Seven months after welcoming daughter Chicago, the couple are planning to have a fourth child, multiple sources reveal exclusively in the new issue of Us Weekly. “[They] have one last embryo left,” one insider says, adding that the sex is male. The Keeping Up With the Kardashians star, 37, and the Grammy winner, 41, plan to have the embryo implanted in a gestational carrier “soon,” a second insider tells Us. (Us Magazine)

The same week, Kim K shared a pic of their son Saint West and called him her heart.