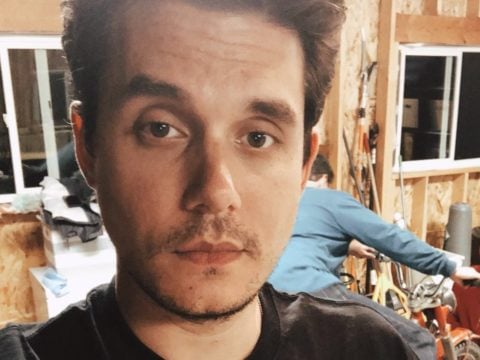 Rocker John Mayer is still mourning the loss of everyone’s favorite Pittsburgh rapper. The veteran musician has reflected on connecting with Mac Miller for a past collaboration and spoke on his fatal overdose.

In a new Complex November 2018 cover story, Mayer remembers linking up with Miller for their “Small Worlds” single.

“This is a true story: I started talking to my manager about splits—I gotta start making a living playing on people’s stuff. For years, it would be, like, a really fun side note. I got to Mac’s house and he played me this thing he had just worked on that morning, and I went, ‘Give me a guitar. I’m in.’ I think it had something to do with him having worked on it that day—it was still wide open and fresh. … There are a lot of songs people play for me and I go, ‘Man, I wish I was on this song, but it’s done’… We had such a great time and laughed, and I said to him, ‘No cash. No credit. I’m just happy to do it, man.’ He said, ‘Hey, can I…’ I said, ‘I don’t want people talking about me. I want people talking about your record.” (Complex)

John also shared a few words on Miller losing his life from an accidental overdose.

“I just wish it wasn’t fatal. I just wish figuring out your life didn’t take your life away from you. I don’t have an answer for how to fix that, but once you get old enough to understand how valuable life is, you look at people and go, ‘I just wish you could work this out.’” (Complex)

In September, Mayer shared some emotional words about Miller following his death.

This was going to be Mac Miller’s year. He made a quantum leap in his music. That’s incredibly hard to do, to evolve and get better and more focused while your career is already underway. You don’t get there without a lot of work, and Mac had put the work in. I didn’t expect to play on his album the day he played some songs for me at his house, but when I heard “Small Worlds,” I gave it a short, chirpy little “yup,” which is the highest praise I can give a track. It means we don’t need to say another word, it’s going down. I grabbed the nearest guitar in the room and within a couple of hours we had finished a tune that made me so incredibly happy to have a part in, not to mention we established a nice little friendship. He was so funny I just kind of stopped typing “LOL” back in our texts. Mac was, to me, on permanent LOL status. I gave him whatever guidance I thought I had the right to, having been through the press ringer in the past and wanting him to understand that none of that noise could ever really take a bite out of the music he was about to put out. The last time I saw him, he was playing Hotel Cafe’ in Los Angeles for a crowd of 100 people. He was nervous, and honest about it with the audience. I thought that was so endearing, especially seeing as he would go on to play one of the best sets I’d seen in a very long time. His band was unreal. You gotta know that if you weren’t familiar with Mac Miller, you were about to be, whether you would have seen him at a festival, or a friend was going to catch a show and tell everyone they knew about it (like I did.) Mac put in the work. He made his best album and formed the band that was weeks away from becoming a breakout live sensation. Believe me when I say that. I send my love and support to everyone who knew him better, because what relative little I did, I just adored.

The post John Mayer Recalls Having Instant Mac Miller Chemistry At His House: “We Had Such A Great Time & Laughed” appeared first on SOHH.com.