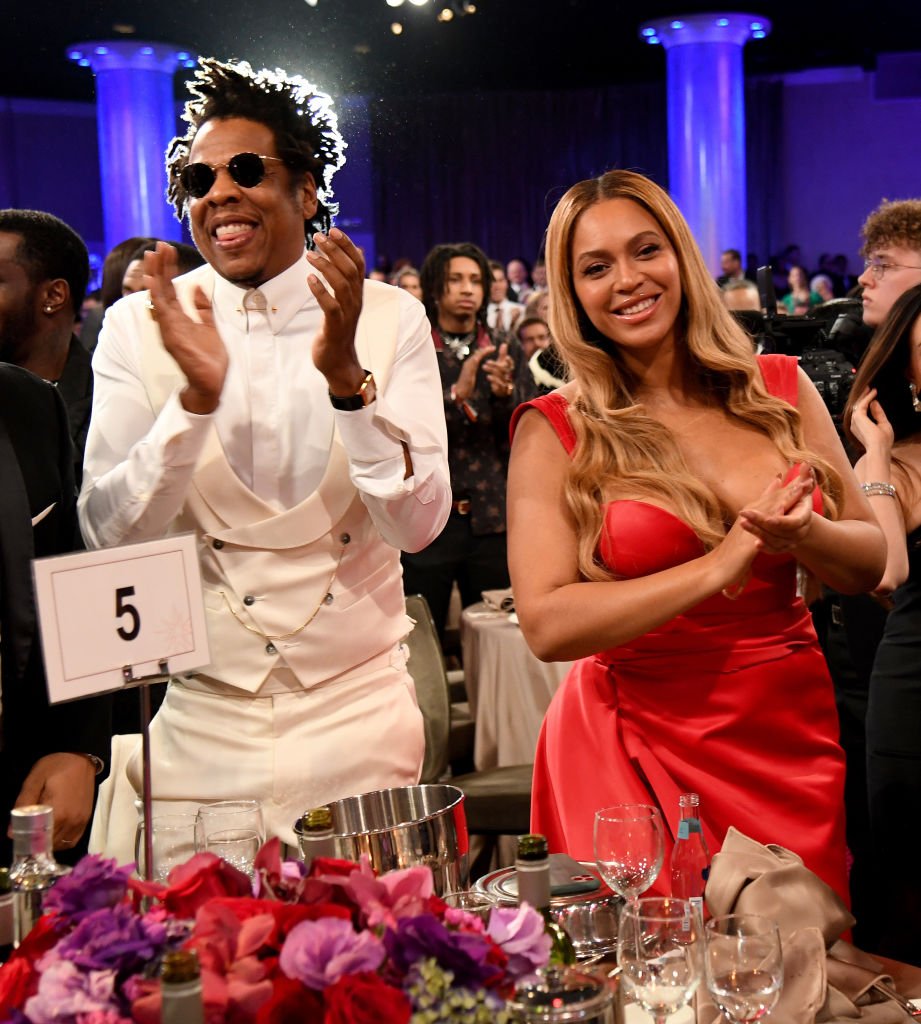 Today (Feb. 2), Jay-Z and Beyoncé stayed seated while Demi Lovato sang the national anthem at the Super Bowl. The couple, and their eldest daughter, where spotted by cameras but no word if it was a proper protest, yet.

According to TMZ, the Carter family was sitting together a few rows back from the field, and were clearly unbothered about standing during the singing of the national anthem, as everyone around them was on their feet.

The timing of the move raises plenty of eyebrows since Jay-Z is literally in league with the NFL since Roc Nation is a partner as announced last year. Jay-Z’s brand has been tasked with curating the NFL’s musical endeavors and leading its social justice platform/programs. A big New York Times feature story yesterday (Feb. 1) details how Roc Nation is involved while Jay-Z continued to defend the partnership that received criticism in lieu of Colin Kaepernick’s blackballing by the NBA.

“No one is saying he hasn’t been done wrong. He was done wrong,” said Jay-Z when asked about Kapernick by the New York Times.  I would understand if it was three months ago. But it was three years ago and someone needs to say, ‘What do we do now — because people are still dying?’”

New England Patriots owner Robert Kraft is who brought Jay-Z and the NFL together. So how this plays out is going to be very interesting.

Also, before you even go there, Blue Ivy is in the no slander zone—she’s a child.

This story is developing.