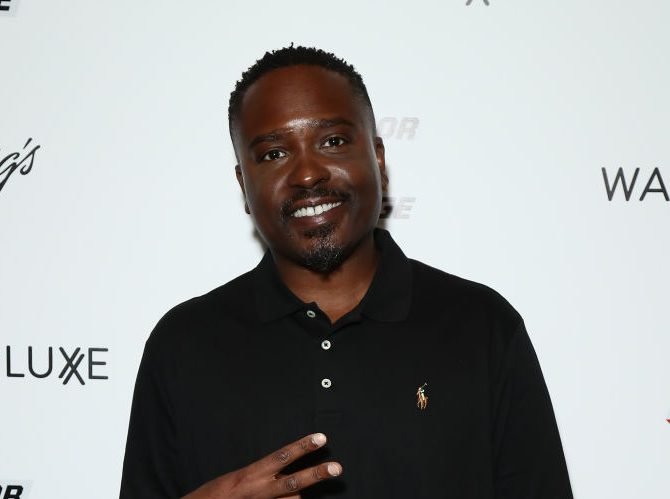 Jason Weaver’s career might not be today what it was back in the 90’s when he was popping up on shows like Smart Guy and films like Drumline (crazy underappreciated joint). But fret not for he’s still collecting bread from one of his greatest performances ever, Simba in The Lion King.

That’s right, the same guy who played a young Michael Jackson in the 1992 mini-series, The Jacksons: An American Dream, also voiced your favorite cartoon lion from the early 90’s not named Tony. Luckily Weaver’s mother was showing and proving that she wasn’t raising no fool and instead of taking a $2 million payday from Disney, she felt it better if they negotiated a contract which included future royalties from the upcoming film even though “this was definitely at a time when Disney wasn’t doing those kind of deals.”

In an interview on Vlad TV, Jason revealed that thanks to his mama he’s still getting checks cut by Disney whose The Lion King seems to be on TV every damn weekend.

“Disney had a reputation of that, for like re-releasing stuff. I think at that time they had put out Sleeping Beauty and some of their old catalog from when Walt Disney was alive. They were releasing that stuff when they were releasing the new Disney stuff, so [Weaver’s mother] was able to see the playing field and go, ‘Wait a minute, this is going to make a lot of money over time, so what happens when my son turns 40? Is he going to be able to get a check for this when they eventually re-release this.”

Talk about motherly instincts. After negotiating a new deal for his role in the animated film, Jason walked away with a cool $100K and future royalties for his work. Of course he eventually made back the $2 million that was originally turned down but none of this would’ve been made possible without some good ol’ motherly advice.

Check out the interview below and never forget when you see The Lion King playing on TV, Jason Weaver getting paaaiiiid.