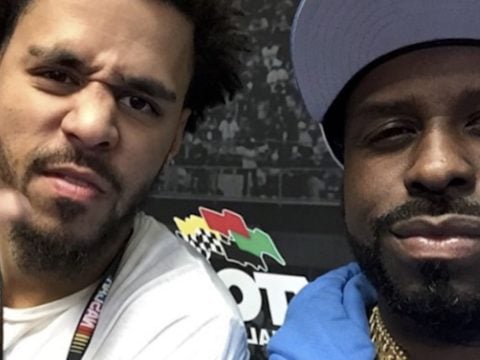 Roc Nation’s J. Cole is making fans wait more than just a few weeks to experience his Dreamville Festival. The hip-hop star has moved the recently nixed event to 2019.

Heading into the weekend, the Dreamville Fest Twitter page announced the rescheduled rollout.

#DreamvilleFest is officially rescheduled to April 6, 2019 at @DixPark in Raleigh, NC.

Fans who purchased tickets for the previous date of 9/15/18 will have the option to keep their existing tickets which will be honored for the new date, or to request a full refund by 10/5/18 pic.twitter.com/qZEu8EE1GA

Earlier this month, Cole decided to postpone the festival for safety reasons with Hurricane Florence approaching.

Mannn. Due to this Hurricane heading to NC, we have to cancel Dreamville Festival. We’re working to get another date, but right now safety is most important. I appreciate everybody that was headed to rock with us. 30,000 + were expected.

All tickets will be refunded. Bsafe

Due to imminent weather and safety concerns it’s with a heavy heart we have decided to cancel @Dreamvillefest #Dreamville pic.twitter.com/Vol7Af5Fkz

This is going to be insane!

G.O.O.D Music’s Big Sean made sure to confirm his attendance at the North Carolina event.