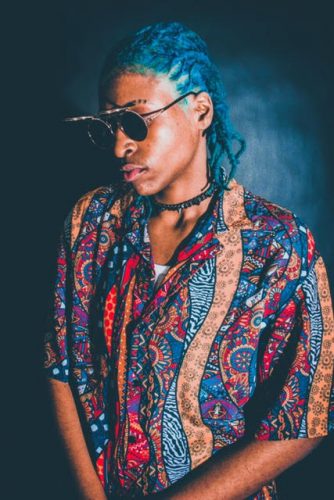 Queens native B. Elise has been making her rounds promoting her new single, Boomin, which is quickly one of the more popular records on the NYC independent single. As a fan of the record myself I sat down with the upstart to talk about her journey in music, outside ventures, and of course Boomin. Read below.

Jason Bourne: I see you have all Queens artists listed as your influencers. Talk to us about what you have learned by studying some of the legends that come out of your borough.

B. Elise :Well I grew up on listening to most of those artists and other artist that were influenced by them. I notice a lot of artist that come out of Queens are usually here for some years, so I would say those legends have taught me about the importance of longevity. If I could write my own legacy I wouldn’t and even if I did I don’t think I would write much because I think that’s a little narcissistic for some reason. I don’t know that question always made me feel weird.

Jason Bourne: Describe your preference in music, what catches your ear?

B. Elise: I dont have a specific preference musically to be honest. I’m into all types of music. For the most part you can catch me listening to my music or something legendary from a creative who has passed. I respect legends.  I like Soul, Blues, Pop, Rock, Hip Hop, and Classical.

Jason Bourne: How does that influence or enhance your creativity?

B. Elise: Well for one I think it gives me an opportunity to be open to other types of music. I like different things in life, I am a very outside the box kind of person. I don’t think it’s insane or even un-Hip Hop to have you know drums and trumpets on a traditional trap beat. I like variety.

B. Elise: Yes I did, ugh I think that was something I was less afraid to do in public than music. Also my poetry was a therapeutic way for me to be more out there just on a social level. I have my battles with anxiety and some other things. That time in my career was a challenge to myself to get out of my shell and express myself as a creative. It was something I did enjoy doing around the city. Then I stopped abruptly, I may go back to it in the future. Right now I’m focused on music.

Jason Bourne: How easy was the transition to recording music?

B. Elise: The transition was easy. I mean I was always doing music or trying so all the while I was being recognized as a poet people still knew I was a music artist. I was vocal about that just didn’t show it.

Jason Bourne: Outside of music you have a background in TV / film. How did that come about?

B. Elise: Yea, so I’m dabbling a bit in TV production and acting. I’m a TV producer with Qptv and I’ve already completed a few shows that have gone on air. I just started so I’m super humble about the position because I know there is so much more to learn.

Jason Bourne: For those who do not know, you are actually trained in these fields right, like formal schooling and everything – how much has that helped?

B. Elise:  I actually have professional training in drama. That was even before my spoken word era. Not too much before but before (giggles). I liked the whole training experience. I have to say it did help me as a person outside of the classroom. Whether or not someone wants to be a thespian or not I would recommend classes because they really get you out of your shell.

Jason Bourne: What kind of advice would you give to someone else as far as going to school or living off experience?

B. Elise: To anyone that is deciding on whether to take formal training or not, I would say if the opportunity is there to take the training, do it. To each its own at the end of the day but I do believe classes are something that one will need down the line.

Jason Bourne: You will be doing some acting this Fall as you come from behind the camera and jump in front. Talk about that.

B. Elise: So yeah I am super excited about the premiere of “For the Love of Boop.” It is the first urban lesbian reality series of its kind. It’s about 10 women who all live in one house and battle it out for the love of one – Miss Boop. It’s produced by NewYorkGirlsTv who also produced the series that Boop is a star of. I mean I’m super anxious. The reviews and views have been excellent. I just can’t wait for the world to see how messy these BROADS get for my wife. It’s really hilarious because that’s boo.

Jason Bourne: Your single “Boomin” is dope. Perfect name. Talk to us about the process of getting that song to grow legs and get to the masses

B. Elise: Yes “Boomin” is my baby. There’s an entire back story about it but the focus now is getting as many ears on the record as possible.  I’ve been connecting with a lot of people across the states. Still connecting the dots, but we’re moving. Boomin is definitely a bop. All the fly girls love it and the kids too. The kids go crazy when Boomin comes on for sure. Make sure you guys download that. It’s on all major streaming platforms.

Jason Bourne: First thing u said when u left the studio after it was mixed. Did you know u had 1?

B. Elise: Nope!!! I didn’t let anyone here the record for 2yrs. Boomin was created in 2014. It’s literally an old record that just sounds up to date. I never liked it. I hated it actually. Somebody I think heard by accident and was like “who this?” and then just letting other people hear it, they’re like “oh you crazy, put this out” so WE’RE HERE!!!