Australian rapper Iggy Azalea isn’t here for her rap nemesis – at all. The hip-hop artist has fired shots off at rival Azealia Banks.

Iggy went to Twitter Sunday (November 4) with since-deleted tweets to call out Banks for always trying to get at her and referenced her recent “Wild ‘N Out” drama.

Didn't see this coming but not complaining! lol

Last year, Iggy promised she had no issues with Banks after speculation developed when their secret collabo never dropped. 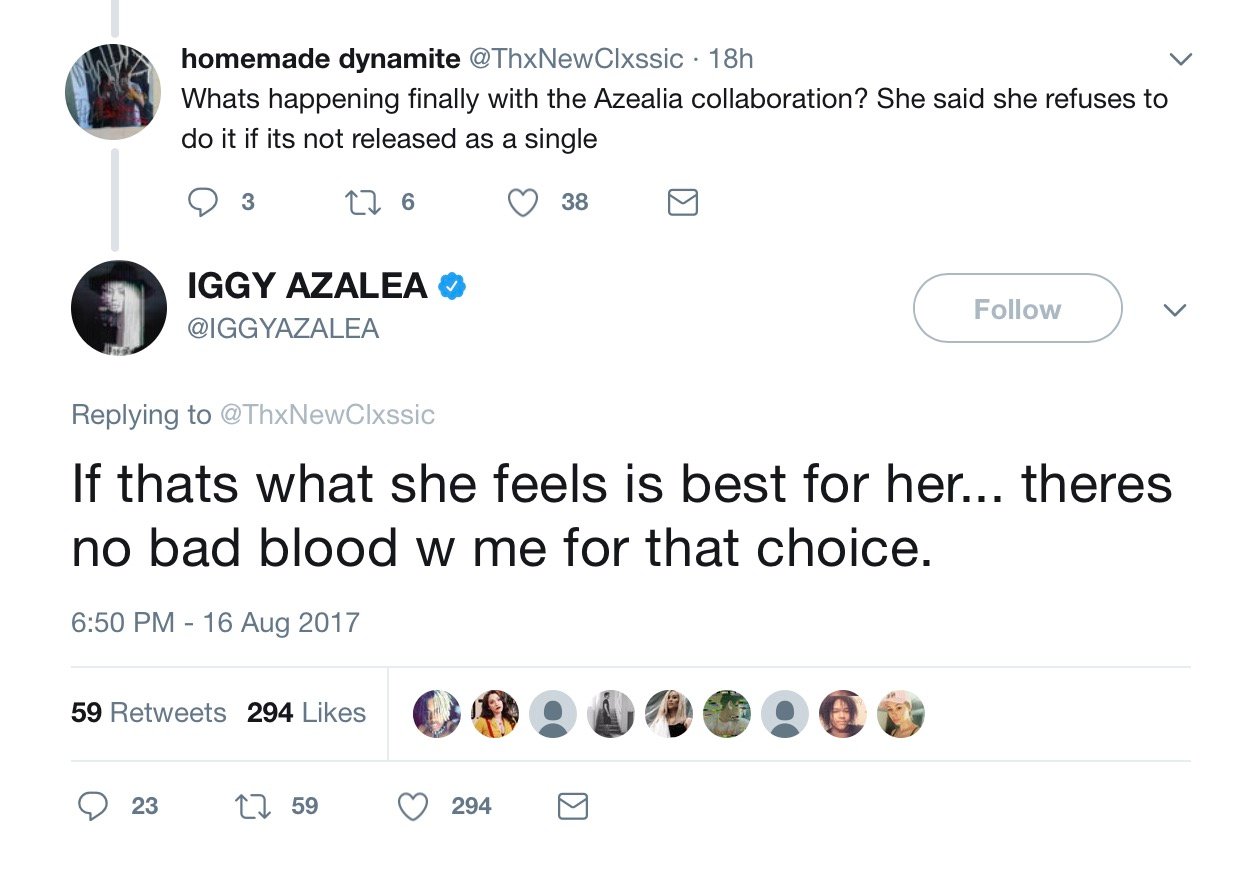 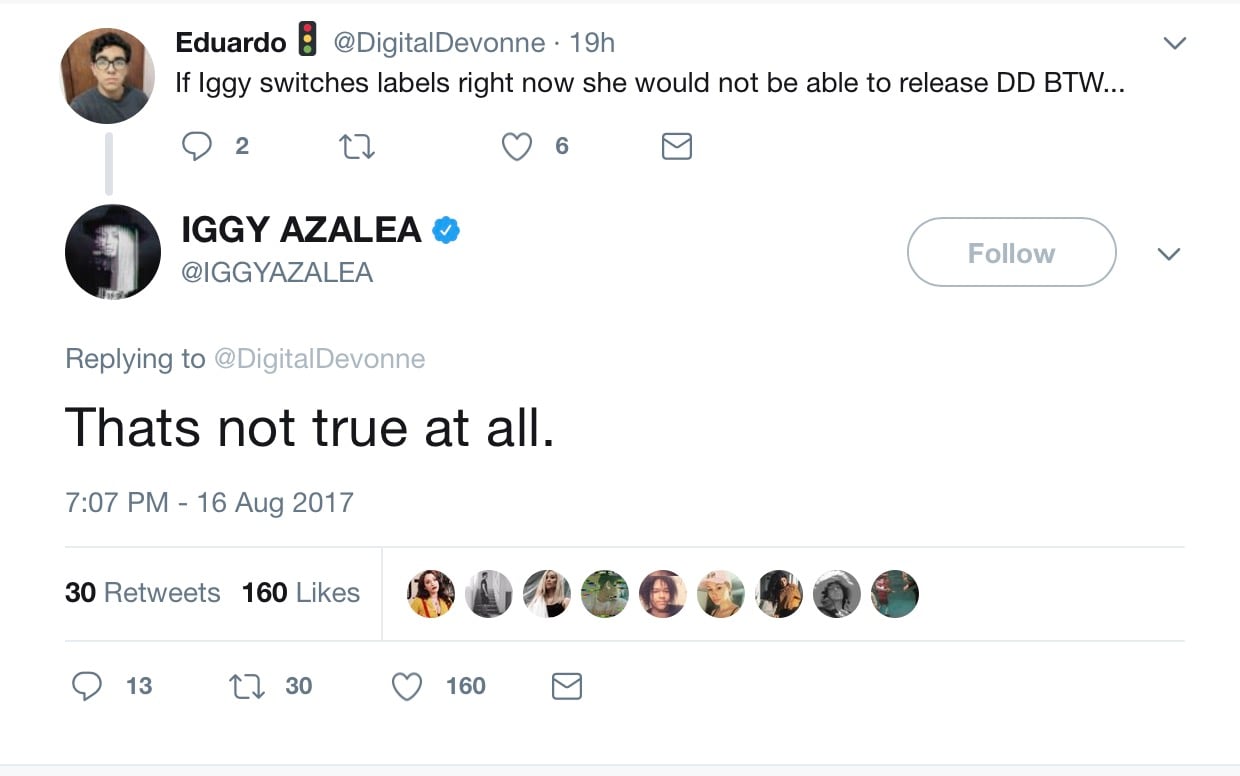 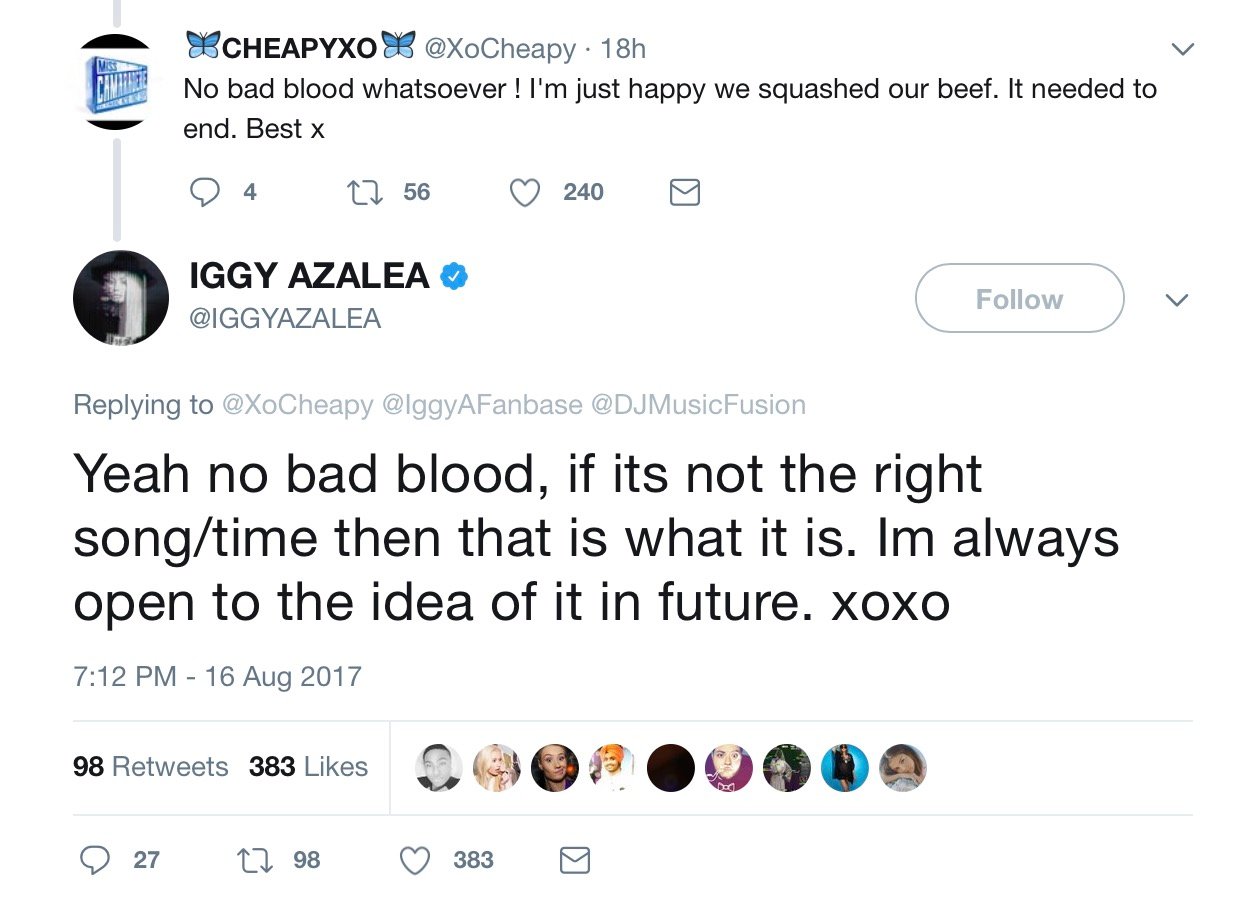 The same week, Azealia hinted at the collabo never dropping due to Iggy’s label issues.

Fans had been asking both female rappers about the much awaited collab and earlier today, Banks finally gave in to provide an answer. Posting on her Instagram story, Azealia Banks said that the song will not happen because Def Jam is not “releasing anymore singles for her.” Looks like she’s tried to make it happen but Iggy’s label is not interested in investing in her. (Hip-Hop-N-More) 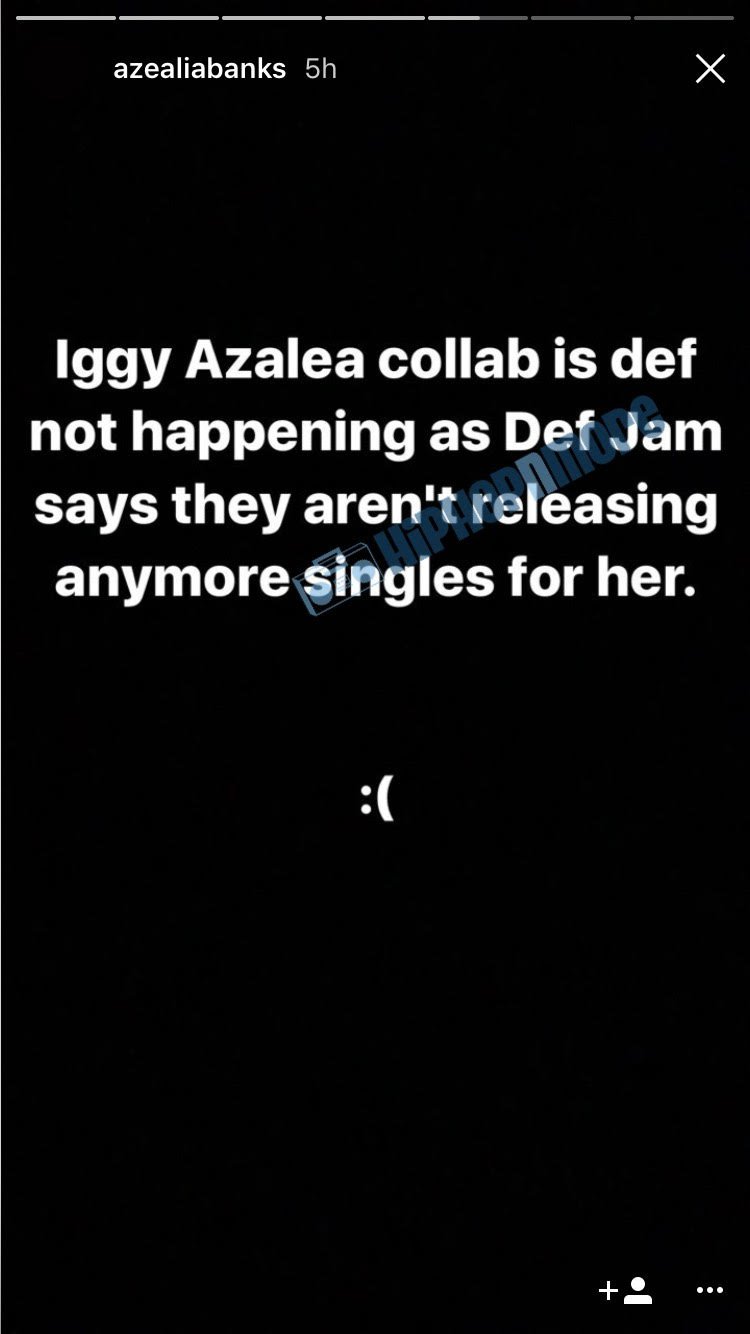 Back in early July 2017, Azealia had revealed Iggy prematurely announced their collabo would appear on her upcoming Digital Distortion album. 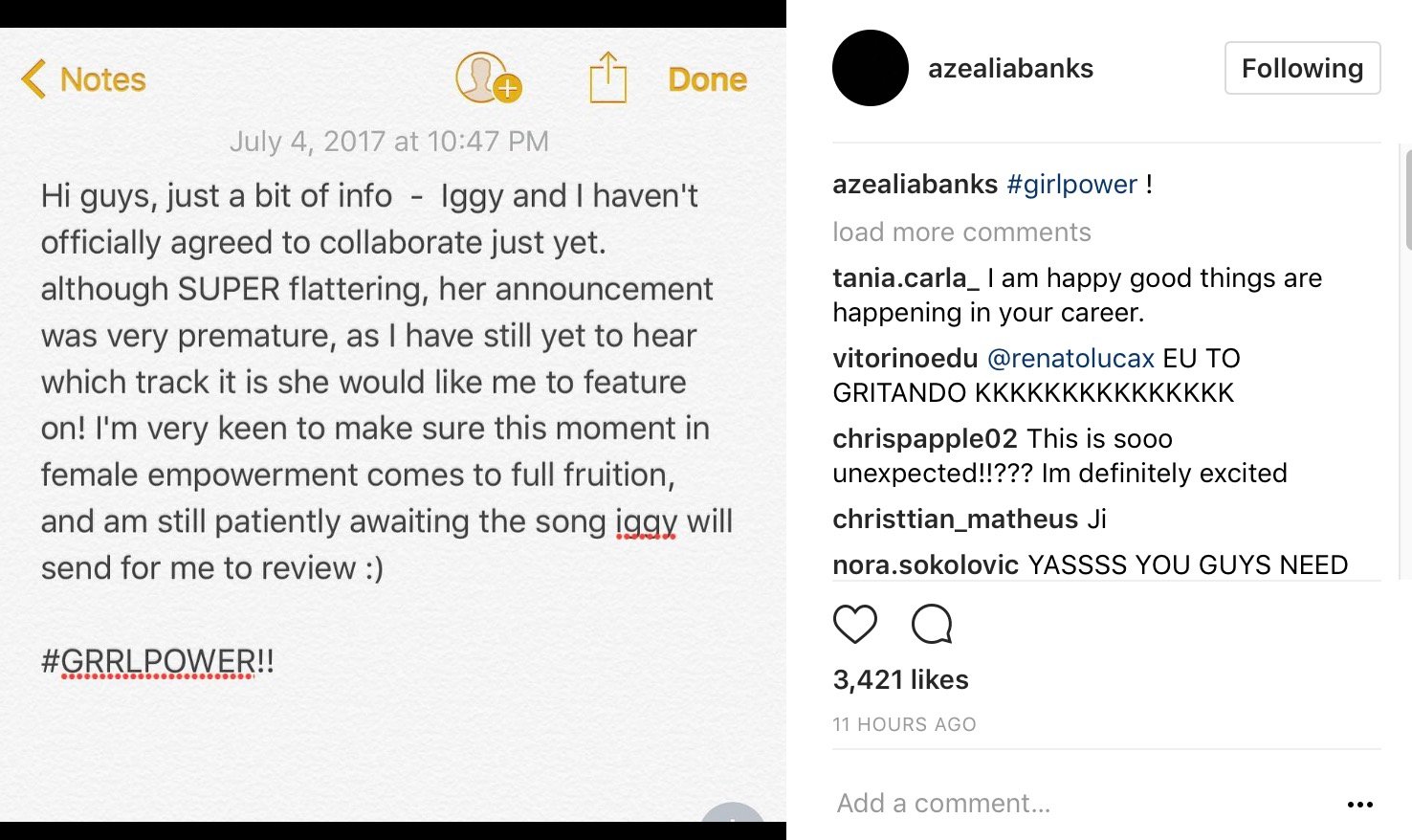 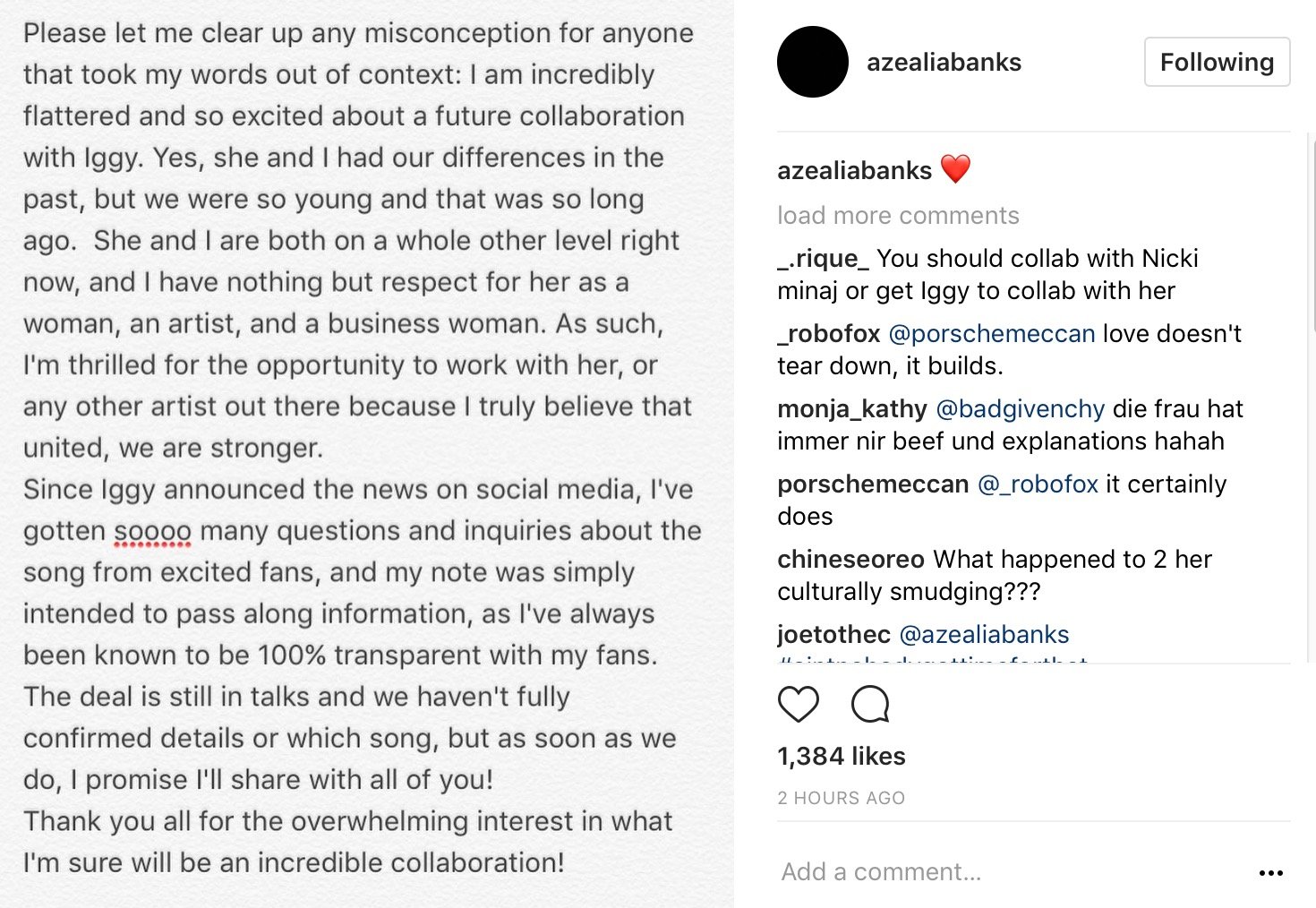 The post Iggy Azaela Explodes On Azealia Banks: “B*tch You Never Moved The Needle! EVER! No One Wants To Be You!” appeared first on SOHH.com.