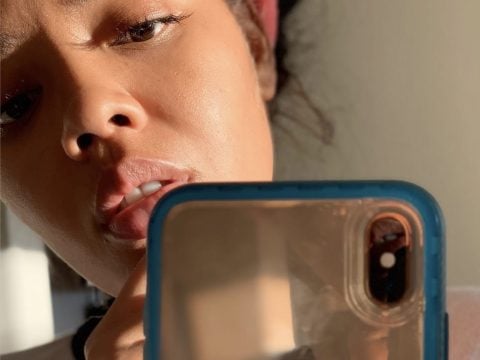 According to reports, someone fatally shot and killed Tennyson during a home invasion robbery.

Angela Simmons says she’s hurting bad in the wake of her baby daddy’s murder. Angela is reeling from the death of ex-fiance, Sutton Tennyson, who was shot and killed Saturday at his home. It appears his death was the result of a home invasion robbery. (TMZ)

Simmons has since hit up Instagram to speak on the aftermath.

Thank you for leaving behind my greatest gift . I’m hurting . I’m numb. Thank you for the out pouring of love everyone . I cant believe I’m even saying Rest In Peace Sutton . I promise to hold SJ down in every way I promise

Prior to splitting in 2017, both Simmons and Tennyson had a child together two years ago.

Tennyson and Simmons welcomed a son, Sutton Tennyson Jr., in September 2016. Earlier this year, Bossip reported that Tennyson faced a host of legal issues. He reportedly pleaded “no contest” to a misdemeanor marijuana trafficking charge. And he was also being sued for nonpayment on his car by Ford Motor Company. Simmons had announced their breakup on New Year’s Eve 2017 on Instagram after she was seen for months out about town without her engagement ring. (Rolling Out)