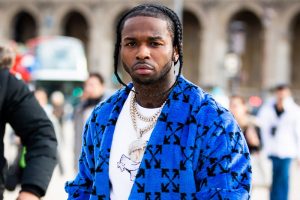 The mother of Pop Smoke is speaking out after her son’s gravesite was vandalized. On Monday, Audrey Jackson shared an Instagram post responding to the delinquents who destroyed Pop’s resting place in Brooklyn’s Green-Wood Cemetery.

In the video, Jackson called the actions “unnecessary” and told the troublemakers that they now have her attention. In another upload, Pop’s mom posted a video of the Brooklyn rapper’s father sweeping up broken pieces of marble from his son’s defaced gravesite.