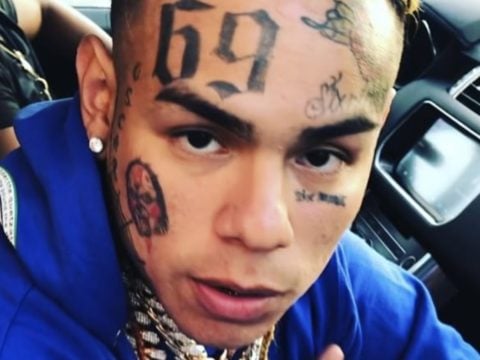 New York rapper Tekashi 6ix9ine really came “this” close to having his life taken from him. New footage has surfaced of goons letting shots off during his Beverly Hills music video shoot.

This weekend, the footage emerged and also sparked speculation of someone inside Tek’s camp possibly tipping off the shooters.

The same day, reports emerged about the attack happening at Tek’s rented Beverly Hills mansion with Kanye West present but Nicki Minaj not yet there.

On Thursday, buzz developed about the trio linking up for a secret music video shoot.