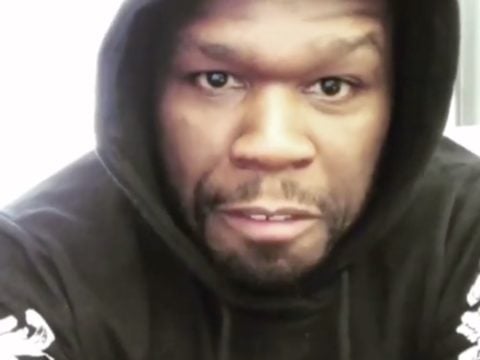 Fif went to Instagram Saturday (November 10) with a series of clips showing Jimmy speaking on his predicament behind bars and trusting the wrong people.

check this old jimmy the Rat, speaking about Rats

and he been telling since the 80’s we got his paper work.

this is entertaining watching this guy break down, come on jimmy toughen up. When the going gets tough the tough get going #Positive vibes

Heading into the weekend, Jimmy issued a public statement following a judge handing him a life sentence for his connection to the murder of G-Unit affiliate Lodi Mack.

“This is America! I want to apologize to my family and my support system. Most importantly, to my son; When I asked you to intern as a 14 yr old at my office it was because I wanted you to see your father working and have a strong role model. I wanted you to look up to brown and black people in boardrooms rather than in the streets. I was proud of the work I was doing. I never thought when I sent you on that errand, you would be surrounded and assaulted by 50 cent and four G-Unit grown men with guns for wearing a T-shirt. My son I want you to know today – you did nothing wrong by coming to me and letting me know what happened to you. Any child that is under age should let their parents know if they are assaulted.” (All Hip Hop)

Jimmy also maintained his innocence and blamed the criminal system for his current predicament.

“There is a sickness in this system. My trial was covered up and drown out with unrelated shootings, hip hop gang fairy tales and non-existing “rap wars” that never existed. For any Black man being painted into that fantasy thug culture is a lethal concoction for a conviction and the prosecutors knew this. The prevalence of this injustice has sprung up grass root organizations to tackle systematic racism in the criminal justice system. Which result in mass incarceration and wrongful convictions disproportionately affecting black and brown people. You would think black and brown people are the only ones that commit crimes because that is all I see. But this is America.” (All Hip Hop)

A few hours prior, 50 Cent taunted him landing a life sentence for his connection to the Mack murder.