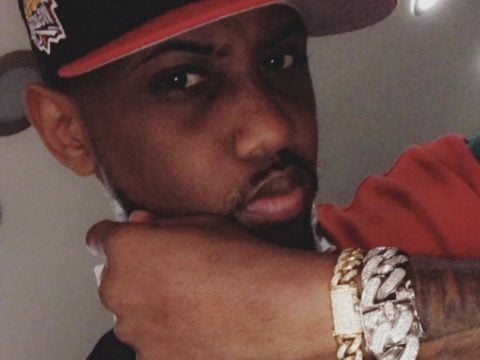 New York rapper Fabolous isn’t in the clear quite yet. Reports claim the hip-hop veteran faces four felony charges related to his spring altercation with girlfriend Emily B.

According to reports, Fab received an indictment last week in New Jersey on felony charges.

Despite the seriousness, Fab recently shared vacation moments alongside Emily and their kids.

Ohana means Family. And Family means nobody gets left behind or forgotten.

we pick each other up

In July, buzz developed about Loso rejecting a plea deal in his Emily B domestic violence case.

Fabolous has rejected a plea deal for allegedly battering and threatening his baby mama Emily B. that would have put him in a program for first-time offenders, BOSSIP has learned. The “Throw It In The Bag” rapper’s lawyer announced that he would take his chances at a possible trial during a hearing Thursday. (Bossip)

In late June, Fab and Emily linked up for a family outing.

Gotta show the kids working hard & doing good has rewards too… If you only spoil them with the fruits of your labor how will they appreciate their own successes? My son @iamprincejoso finished 4th grade and ended the year on the Honor Roll. So we had dinner at 1 of of his favs, Ruth’s Chris.. Talked about more success & ended the night letting the kids bust some Fort Nite moves..

Proud of you & love you Johan

but it’s all for my family… the goal wasn’t live middle class & buy Camry’s….. i want us all to eat, even if from my pantry.. i guess I’m just more soul food than eye candy.. [shot by @seang.photography] #JohansHonorRollDinner #RuthsChris