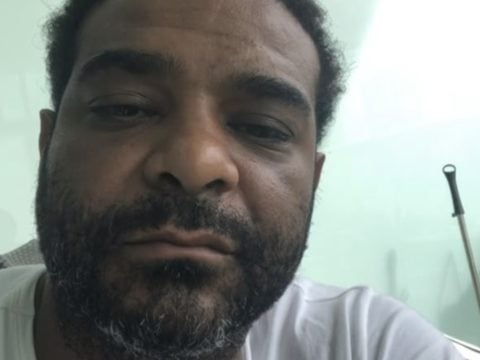 New York rapper Jim Jones is going to have to lawyer up later this month. Reports claim the hip-hop veteran has received multiple felony drug and firearm charges stemming from a June arrest in Georgia.

According to reports, Jones is scheduled to be formally arraigned on the charges this month.

Back in late June, Jimmy explained why he wouldn’t delve into his Georgia bust.

I’ve been advised by my lawyer, I can’t talk about the case. What I can say is that, one of the things that concerned me the most was… I wanted to get home before my son woke up. So that I could speak to him before he seen it anywhere else, because my son is my partner.” (“The Angie Martinez Show”)

Days prior, Jimmy hit up Instagram and low-key attempted to simmer down the negative press.

This is the update we needed Capo!

The same day, a report claimed Jones found himself in handcuffs after cops stopped his entourage in the Peach State.

According to the Sheriff’s Dept., instead of stopping, the car accelerated and cops gave chase. During the chase, the car struck a deputy’s vehicle … and finally stopped. We’re told Jones and three others were in the car. After a search, deputies found marijuana, oxycodone, Percocet, vape cartridges, THC oil, 2 loaded pistols and cash … which Jones called “just petty cash.” One of the pistols was stolen, according to cops. Neither Jones nor his friends admitted possession of any of the items … but Jones said he had a prescription for the Oxy and Percocet pills. Jones also told cops he told the driver to pull over, but she was acting “incoherent.” (TMZ)