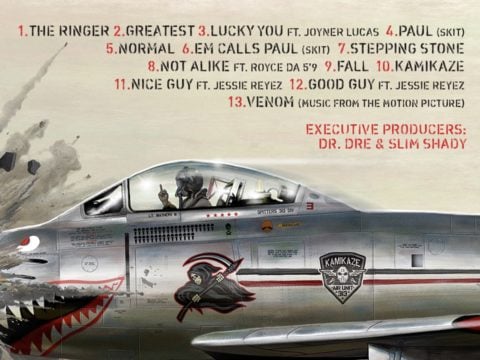 Marshall Mathers lit up his feeds with posts showing he had one of the best opening weeks of all albums in 2018.

Eminem earns his ninth No. 1 album on the Billboard 200 chart, as his surprise release Kamikaze debuts at No. 1. The set, which was released without warning on Aug. 31 via Shady/Aftermath/Interscope Records, earned 434,000 equivalent album units in the week ending Sept. 6, according to Nielsen Music. Of that sum, 252,000 were in traditional album sales. (Billboard)

The post Eminem Shares The Most Savage Bad “Kamikaze” Reviews & Proceeds To Flex Insane Sales: “Thanks For The Support A**holes!” appeared first on SOHH.com.