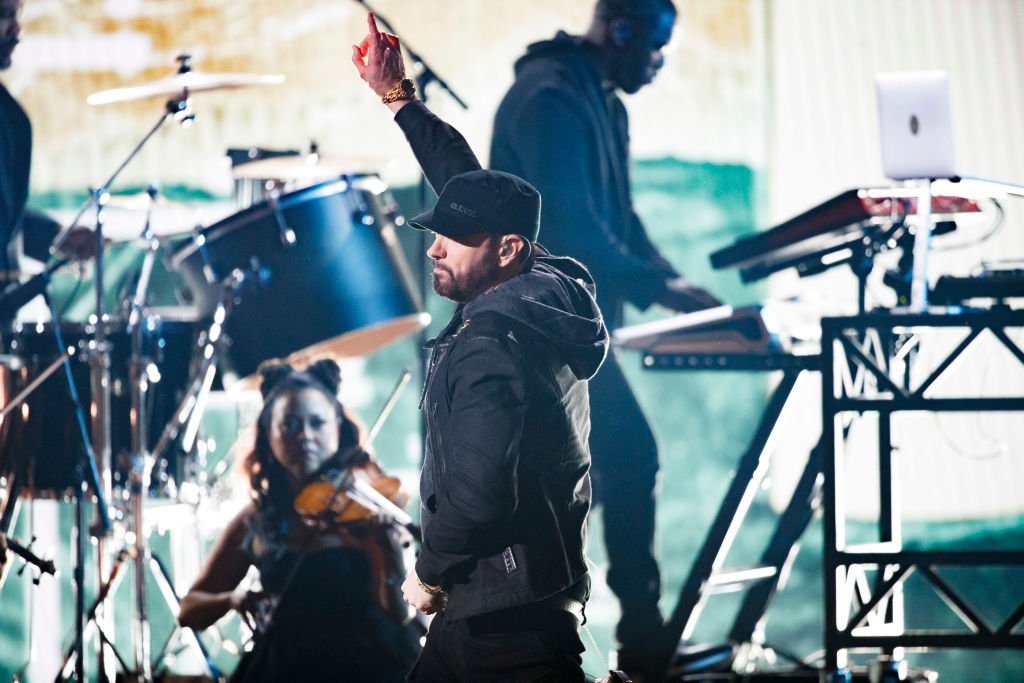 Eminem is known for his rapid fire delivery, now he’s challenging his fans to match his speed.

On Tuesday (Feb. 25) Eminem took to social media to announce his #GodzillaChallenge, a contest where fans take to Triller to try to match the “Slim Shady” rapper’s flow on his track “Godzilla” from his new album Music To Be Murdered By. While fans had tweeted their attempts to match the song’s pace before with the hashtag, the rapper has joined the wave and added the benefit of prizes and a repost by Eminem for his favorite takes on the track.

The contest, which is sponsored by AI video editing app, ultimately results in the contest winner getting a signed Lithograph, a shoutout from Eminem, and a pair of Beats headphones.

“Fill ‘em with the venom and eliminate ‘em’ @trillervids #GodzillaChallenge is on,” Em wrote via Instagram. “Who can spit it? Reposting + got prizes for my favorites. Link in bio.”

“Fill ‘em with the venom and eliminate ‘em” @trillervids #GodzillaChallenge is on. Who can spit it? Reposting + got prizes for my favorites. Link in bio

Eminem spoke on the difficulty level of verses like the one on “Godzilla” recently during a chat with Kxng Crooked on Crooked’s Youtube show, Crooks Corner. While hanging out in the studio, the two traded stories about their favorite verses on Music To Be Murdered By and Eminem revealed that despite his success he feels like a “guest” when it comes to Hip-Hop; a sentiment he echoed on Royce Da 5’9’s new album, The Allegory, during a skit called “Perspective.”

The Juice WRLD assisted track “Godzilla” appears on Eminem’s latest album Music To Be Murdered By, which dropped as a surprise release in January. According to Genius, the hyper speedy track’s third verse features Em rapping 224 words containing 330 total syllables in just 31 seconds.

Listen to “Godzilla” below.