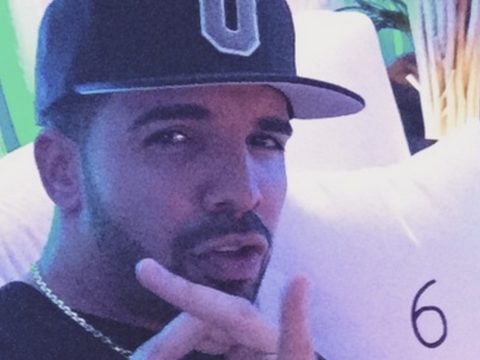 OVO Sound boss Drake is really about that UFC life. The 6 God pulled through this week to show his support for MMA superstar Conor McGregor at a UFC 229 Lightweight Championship weigh-in.

The “In My Feelings” rapper seemed to appear on the stage out of nowhere during Conor and Khabib’s public weigh-in Friday night in Vegas … draped in an Irish flag. After Conor flaunted his fighter bod for the cheering crowd, he got a hug from Drake before the ceremonial face-to-face with his opponent … which got a little heated. McGregor clearly violated Dana White’s “no touching” rule before giving a high-kick in Khabib’s direction. Khabib seemed unfazed. Both fighters made weight earlier Friday. (TMZ)

The Floyd Mayweather-Conor McGregor press tour made its way to Toronto on Wednesday, and you know the rules by now: If there’s a major sporting event going on in Toronto, Drake is going to be there. This was no different. The rap star made an appearance and even gave McGregor a visit before the festivities kicked off. (USA Today)

You know obviously these these two had to link up @Drake & @TheNotoriousMMA #MayMacWorldTour pic.twitter.com/QNlAc9dKZR

.@Drake welcoming @TheNotoriousMMA to his city