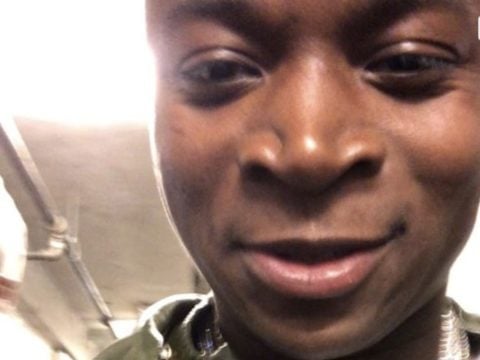 Fresh Friday. It’s all about the freshness SOHH why not get things going with Drake and LeBron James linking up tonight? Speaking of rappers, are we all here for O.T. Genasis getting gushy with an open love letter? With love in the air, is Kevin Hart getting plenty of it from Nickelodeon? All this coming up in SOHH Whatcha Think.

LeBron James is making himself way bigger than basketball. Whether it’s his love for the Dallas Cowboys and hip-hop music or creating public schools and gaining popularity with his “The Shop” HBO show, he’s way more important than just the NBA. Turns out he’s bringing his longtime Drake friendship into everyone’s living room tonight. King James’ IG is on it:

#TheShopHBO is back in business. @kingjames and @mavcarter chop it up with @champagnepapi, @bensimmons and more. Premieres Friday, October 12 at 9:30 PM.

Are you here for it? Think you’ll watch? Pumped to get into the mind of the 6 God? #SOHHWhatchaThink?

It’s rare to have celebrities open up about their baes, notably male hip-hop artists. However, that’s not the case for O.T. Genasis. The hip-hop artist has decided to keep things fully 100 on his feelings toward girlfriend and reality TV star Malika Haqq. His IG has the love letter:

My Open Love Letter, To the world you may be one person but to me You’ve become my world. My life has changed with you in it. Before you I was lost and confused and didn’t know how to let my guard down. You know I always play you love songs but now I know what the songs actually mean. I came in thinking I had it figured all out but you gave me the structure I needed to stay balanced. As men we often have PRIDE that makes us not wanna do certain things. I would do anything in this world for you. YOU and only YOU made me a better man and want to be a better man.. You’re not only my partner but my best friend.. God told me to love you forever and that’s what I plan on doing. This letter is to thank you for everything you do and to tell you I LOVE YOU. @forevermalika

Should male artists follow his lead? Can you see them ever separating? Think they’re soulmates? #SOHHWhatchaThink?

Is there any stopping Kevin Hart? He’s in straight beast mode with everything he’s doing from stand-up comedy to blockbuster movies. But his latest power move is pretty impressive with him looking out for generations of kids to come with Nickelodeon. His IG has the info:

Let's gooooooooo HartBeat Productions…..Im so excited about this opportunity. We are about to bring some amazing content to Nickelodeon. There is no I in team people….Good work John Cheng, Carli Haney, Dave Becky, Leland Wiggington, Tiffany Brown, Maiesha Shakes, Wayne Brown, Camille muth, Richard kang!!!!! We are just getting started #HartBeatProductions

Are you impressed? What’s next for Kevin Hart? Think he’s already a Hollywood mogul? #SOHHWhatchaThink?