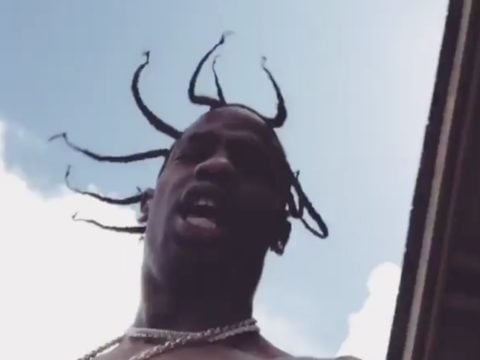 Moving Monday. We’re moving all over the place SOHH why not start things up with Drake hitting Beatles status? Speaking of the 6 God, how about his “Sicko Mode” co-star Travis Scott getting meme’d in the best way? With social media on your mind, how about O.T. Genasis‘ approach to Man Crush Monday? All this coming up in SOHH Whatcha Think.

Is there any doubt Drake is a music icon? He still has plenty left in the tank but his success and consistency put him way above the competition. Turns out he’s even doing Beatles numbers. Chart Data is on it:

Is this impressive? Is Drake a living legend? Do you think he’s already peaked or not yet? #SOHHWhatchaThink?

2. Beam Me Up Scotty

Travis Scott is winning big these days. From the music to his daddy duties to just representing hip-hop – Cactus Jack is living it up. It’s only right to crack up at a hilarious Scott meme, right? La FLame Scott is on it:

Are you in tears? Is this a direct reference to the Lakers/Rockets brawl? Did you crack up? #SOHHWhatchaThink?

Do you have a pick for Man Crush Monday? Turns out O.T. Genasis is taking a different approach to Mondays with his own spin on the trendy movement. His IG has his twist:

Is this going to pick up? Are you up on O.T.? Do you think he should push this weekly? #SOHHWhatchaThink?