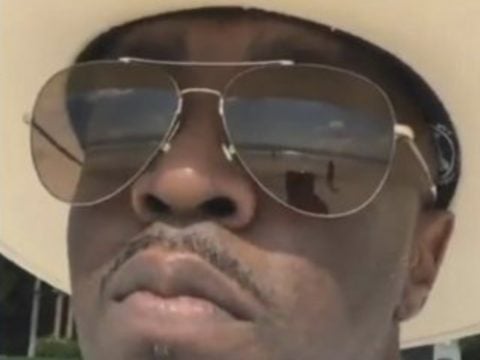 Music mogul Diddy really, really, really wants to see Andrew Gillum as governor of Florida. The hip-hop mogul has continued to show his support for the Sunshine State politician withdrawing his concession speech.

Puff Daddy went to Instagram Sunday (November 11) and kept it fully 100 on Gillum’s determination to have every Florida vote counted.

Last night, Gillum appeared at a Fort Lauderdale church and explained his determination to see last week’s election end with every vote counted.

Tallahassee Mayor Andrew Gillum wanted to make one thing abundantly clear as he spoke to a full-house Sunday night at New Mount Olive Baptist Church in Fort Lauderdale. “I am not here to ask for votes,” he said to a loud round of applause. “I am simply here to say that for the votes that have been cast they ought to be counted. Every last one of them. What a notion.” (Miami Herald)

The margin of difference in votes between Gillum and Republican opponent Ron DeSantis is less than 34,000.

Andrew Gillum and his supporters Sunday prayed for a miracle, or, given the math at hand, the recount equivalent of winning the lottery with a quick-pick ticket. The Tallahassee Mayor trails Republican Ron DeSantis by 33,684 votes in the race to be governor. A machine recount of votes is underway. (USA Today)

Over the past few days, the Tallahassee Mayor has pushed for a publicized recount.

I am replacing my earlier concession with an unapologetic and uncompromised call to count every vote.

What’s embarrassing to democracy is not counting every vote — and you, of course.