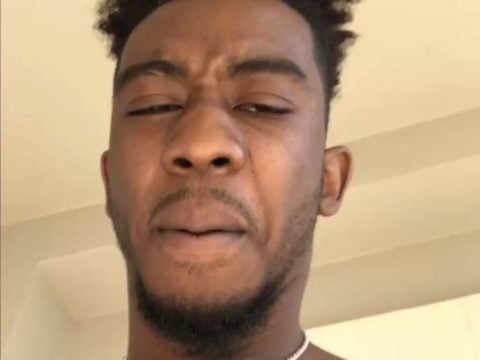 G.O.O.D. Music’s Desiigner isn’t down with getting compared to Future. New footage has surfaced of the hip-hop artist taking a swing at a concertgoer.

Fresh footage has gone viral of the New York native putting his paws on a heckler during a Denmark show after getting labeled a knock-off version of Future.

This week, the hip-hop star exploded on an overseas airline after allegedly getting kicked off its flight.

“Airlines can’t touch you. They can’t put their hands on you, right?. They kicked me off my flight just because this bitch put her hands on me. … They banned me for a whole year and for no reason. Just because she put her hands on me, I got up. I spazzed on her a**. I’m on this Europe tour and I don’t want this sh*t to f*ck up [things] between me and my fans, you know what I’m saying? I want to turn up with my f*cking fans. But nobody f*ck with SAS Airlines.”