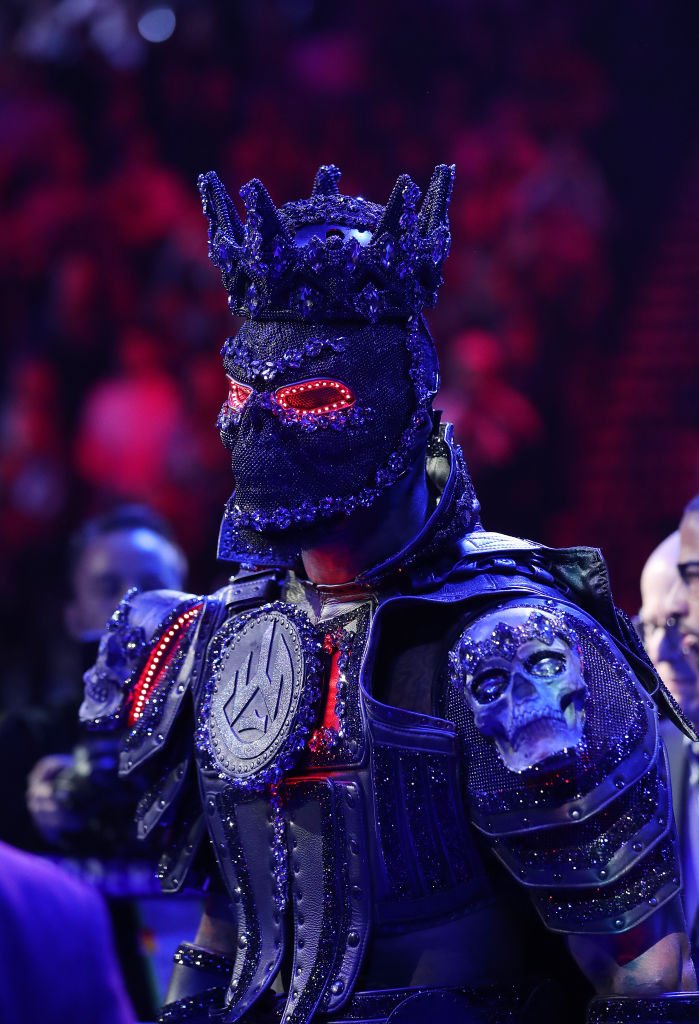 Deontay Wilder needs more people. On Saturday night (Feb. 22), the heavyweight lost his WBC title to Tyson Fury by TKO in the seventh round at the MGM Grand Garden Arena in Las Vegas, and now he’s blaming his costume for catching the fade.

Wilder wore an outlandish outfit on his walk to the ring, and he says it cost him the fight.

“There were a lot of things that went wrong leading up to the fight, in the last minutes before the fight, but I accept full responsibility,” Wilder told ESPN. “I paid a severe price because my legs were how they were because of my uniform. My uniform was way too heavy. It was 40-plus pounds. We had it on 10 or 15 minutes before we even walked out and then put the helmet on. That was extra weight, then the ring walk, then going up the stairs. It was like a real workout for my legs. When I took it off, I knew immediately that game has changed.”

Yeah, that did it. But the copping of pleas didn’t stop there.

He added, “I really let the designers freelance with it. It was really their idea. By the third round, I had no legs. I was completely done. My legs were gone. I had to step into survival mode very early. But you know me — I’m going out on my shield. I’m a fighter. I’m a warrior. That’s what I do.”

So the costume allegedly was a tribute to Black History Month. So does that mean…ya know what, we got nothing.

Wilder plans to immediately fight Fury for a third time, and his record now stands at 42-1-1 (41 KOs).