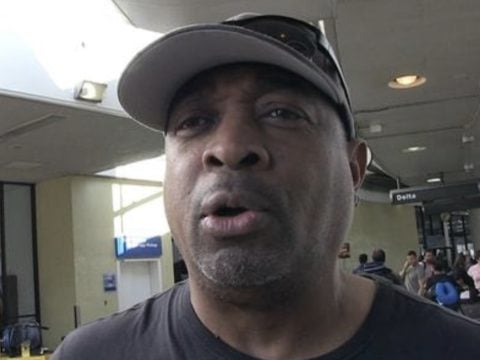 Public Enemy‘s Chuck D is dropping some serious opinions. The hip-hop veteran has reacted to the near-death shooting at Tekashi 6ix9ine‘s music video and suggested he should reconsider who he keeps around him – notably Kanye West.

In Chuck’s opinion, Yeeezy doesn’t bring anything to the table wisdom-wise by being around 6ix9ine.

“[Why] is an older person hanging with a younger person anyway? You either help the younger person or you stay out of that. I don’t think people should use the culture to drag the everyday disfunctionality into it. You’ve got millions in prison right now who are looking at a situation like that kid or whoever and saying, ‘D*mn, if I only had a chance. I’m here locked down because of some dumb sh*t I did. You always gotta keep in mind who is on that other side, who don’t have those opportunities – it’s not the kid’s fault. It’s when you’re an older person and you can’t even guide a younger person or you don’t even have the wisdom to have them pick up on it. You’ve got to stay out of that. What is a 40-year-old person hanging with a 20-year-old person anyway?” (TMZ)