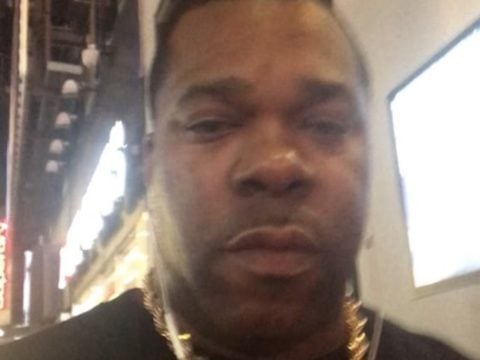 New York rapper Busta Rhymes is celebrating the Wu-Tang‘s most epic album release. The hip-hop veteran hit up social media to salute the 25-year anniversary of the Clan’s Enter the Wu-Tang 36 Chambers.

Busta went to Instagram this week with posts geeking out over the LP’s birthday.

HAPPY 25YR ANNIVERSARY TO ONE OF THE GREATEST DEFINING MOMENTS IN HIP HOP ALBUMS EVER BY THE INCREDIBLE WUTANG CLAN!!!! Salute and HAPPY PHYSICAL TO THE ENTER THE 36 CHAMBERS ALBUM!!! PEACE TO THE GODS!!!

Please make the picture on your phones bigger and read the fine print on the plaque and understand what it really means to have your name personally engraved on this plaque and gifted to you personally from all of the original members of the WUTANG CLAN which is the the original AVENGERS OF HIP HOP CULTURE @rza @therealgza @methodmanofficial @mastakillamusic @officialcappadonna @ugod_zilla @raekwon @realghostfacekillah & @oldirtybastardwu I fought tears tonight because this means sooooooo much to me because this group of GODS are my HERO’s and their contribution is single handedly one of the GREATEST contributions EVER to HIP HOP!! Thank you KINGS!!!

The Wu has an upcoming TV series set to premiere on streaming giant Hulu.