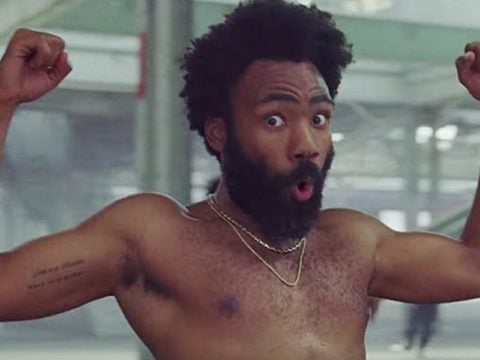 According to Live Nation, Gambino is going the safe route and not forcing himself to take the stage at some upcoming city stops.

Childish Gambino has been forced to postpone his remaining “This Is America Tour” stops until later this year due to an injury. The rescheduled routing can be found below. Tickets will be honored for the newly scheduled dates. The Seattle show is canceled due to venue renovations and refunds for that date are available at point of purchase. Childish Gambino’s appearance at the Voodoo Music + Arts Experience in New Orleans on October 27 is moving forward as planned. His appearance at Austin City Limits Music Festival is canceled. The updated performance schedules can be found at www.aclfestival.com.

Some rescheduled #ThisIsAmerica tour stops for @donaldglover – get well soon! via

Tomorrow’s Childish Gambino show at the Forum has been postponed. Tickets will be valid at the newly scheduled date when announced. Thank you.

A few days ago, footage emerged of Gambino allegedly breaking his foot during a live Dallas, Texas show.

It’s unclear what happened. One concertgoer tells us Childish Gambino — aka Donald Glover — was attempting to do the splits and hurt himself. Several others say he misstepped during a dance move. He left the stage without performing his songs, “Redbone” and “3005.” It was part of his This is America Tour. He repeated his promise last night … that this would be his last concert tour ever. 6:50 AM PT — We’re told an official at the American Airlines Center said after the show Childish Gambino broke his foot. (TMZ)

Donald Glover, a.k.a. Childish Gambino, has unveiled a new video for “Feels Like Summer”. The incredible animated visual, created by Justin Richburg, depicts Glover walking down a neighborhood street. Along the way, he encounters various musicians and celebrities, including ASAP Rocky and Solange playing a game of tug of war with The Weeknd; Drake chasing after Future on a bike; Janelle Monáe on a skateboard; Oprah braiding Lil Uzi Vert’s hair; and Rae Sremmurd spraying J. Cole with a water gun. However, most striking is a scene in which Kanye, crying and wearing a MAGA hat, is consoled by Michelle Obama. (Consequence of Sound)

Feels Like Summer video is out. Blogs, please credit @_JustinRichburg for all of his hard work on character design. His mind is one of a kind and we worked hard on making this right. https://t.co/bBCOZ09URt