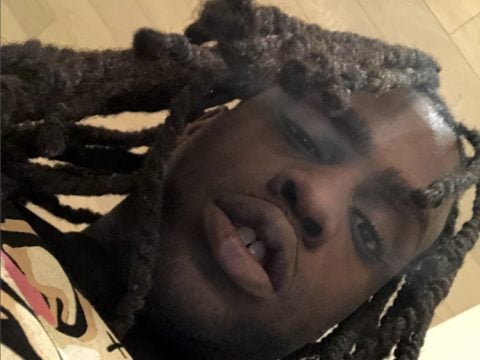 Chicago rapper Chief Keef came “this” close to having a nasty in-person encounter with criminals. New reports claim three alleged burglars hopped a wall and broke a window at his California home.

According to reports, the incident went down last night (September 23) around 11:15 as one of the suspects made off with some of Keef’s loot. However, cops managed to grab two of them following gunfire.

We’re told cops intervened to thwart the burglary, and one suspect fired a shot — which didn’t hit anyone — and then the chase was on. Officers nabbed 2 of the perps, but one managed to flee in a getaway car. Keef, btw, was home during all of this. Cops went to the house and spoke to him afterward. We’re told he had no idea the suspects had gotten into the home. The 2 guys police captured are being booked on burglary and weapons charges. We’re told cops recovered 2 guns. (TMZ)

A few months ago, Chief addressed nearly having his life taken away in New York and blaming it on his Tekashi 6ix9ine feud.

“Yeah, I’m good,” the 22-year-old said by phone after rushing back home to Los Angeles. Keef, 22, whose given name is Keith Farrelle Cozart, told The Post he’s been feuding with 22-year-old Bushwick-born rival Tekashi 6ix9ine, whose given name is Daniel Hernandez. “It’s just beef between me and the rapper 6ix9ine,” the Chicago-born rapper claimed. (Page Six)

Keef also spoke up on what might have ultimately led up to the confrontation.

Keef told The Post that he’d been confronted by two would-be gunmen before dawn Saturday, as he went upstairs to his room at the W Hotel on Broadway near west 47th Street. “I was just scared a little bit and I didn’t know what to do,” Keef told The Post. “I went upstairs for a couple hours to cool off and I came back [outside]. I didn’t know they were waiting for me.” (Page Six)