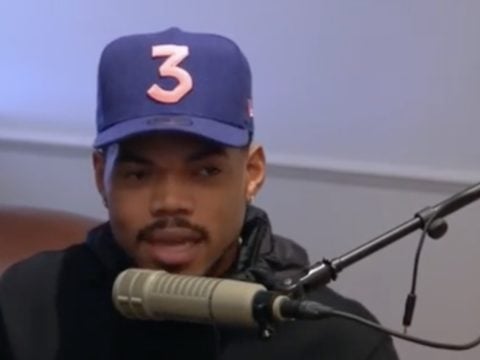 Chicago’s Chance The Rapper doesn’t want any smoke with the 6 God. The hip-hop star discusses his feelings about lyrical emcees not standing a chance when it comes to battling OVO Sound boss Drake.

In a new chat with Spotify personality Joe Budden, Chance acknowledged the former Slaughterhouse member’s short-lived battle with Drizzy not going his way.

Get out in the streets & get your hands dirty dammit!!

In June, Drake’s mom applauded her mini-me for being the bigger man and not responding to Pusha’s “Story of Adidon” diss record.

“Sure do,” Sandi said when asked if the rap feuds should end. “They’re too grown up for that. I believe he always makes the best decisions in the end.” (TMZ)