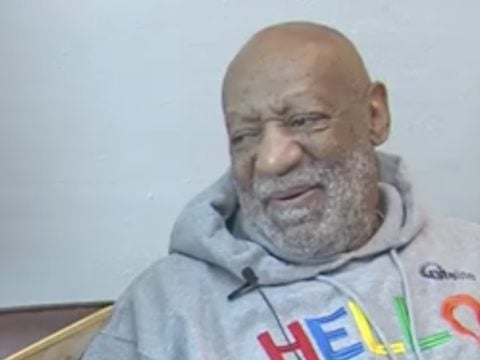 Hollywood icon Bill Cosby is going to spend at least three years behind bars. New reports claim a judge sentenced the fallen former TV dad to up to ten years in prison for a sexual assault conviction.

According to reports, a judge handed Cosby the sentence Tuesday (September 25) for the drugging and sexual assault of Canadian woman Andrea Constand in 2004.

Cosby is expected to be immediately placed in a cell following his court appearance.

The sentence means that Cosby, once known as “America’s Dad,” will spend at least three years behind bars and then will become eligible for supervised release, although that’s not guaranteed. According to journalist Bobby Allyn who was in the courtroom, the judge will not grant bail and the comedian is expected to be taken away to a cell shortly. (Yahoo! Entertainment)

Mr. Cosby, 81, had been convicted in April of assaulting Andrea Constand, a Temple University employee at the time of the assault, who had looked upon him as a mentor but ended up being one of the dozens of women who have accused him of acts of predatory sexual abuse. Nine of those women and Ms. Constand were in the Montgomery County Courthouse to witness the sentencing by Judge Steven T. O’Neill. Ms. Cosby’s wife, Camille, was not. (New York Times)