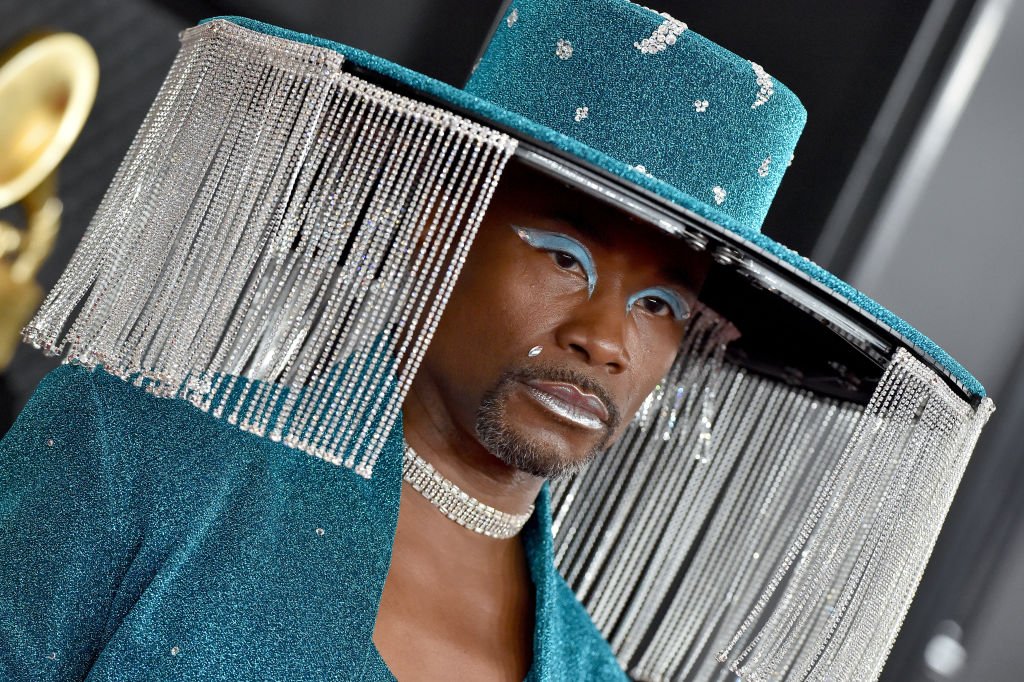 When it comes to red carpets, no one slays them quite like Billy Porter. So when he stepped out for the 62nd Annual Grammy Awards, you know it was nothing short of epic.

On Sunday (Jan. 26), Pose actor Billy Porter accessorized his custom Baja East crystal-encrusted blue outfit with a custom Sarah Sokol hat. The wide-brimmed hat, which was made in collaboration with Brooklyn-based artist-engineer group Smooth Technology, featured a motorized peek-a-boo crystal curtains that closes and opens on command via a remote control.

According to an interview with Vanity Fair, it took two weeks to pull the whole look together. “This design is a great compromise. It’s a reveal.” Porter said. “The crystal curtain stays open, unless you get on my nerves and then I can shut you right out!”

To tie in the dramatic yet sparkly look, Porter had a silver manicure to go with his silver, metallic lip and striking blue eye shadow that covered his entire lid, outlined with glittery silver. While the amazing look captivated onlookers at the event, it was Twitter that was left in shambles after the look was debuted.

Get on my nerves, and the curtain closes!

Can we all agree that @theebillyporter is 100% THAT bitch!

This amazing hat — designed by Porter himself, along with his stylist Sam Ratelle, and Scott Studenberg — caught the attention of the Internet, and has generated an onslaught of memes. From rave reviews to a few jokes, Twitter definitely came through with some memorable tweets.

Check out some of the best reactions below.