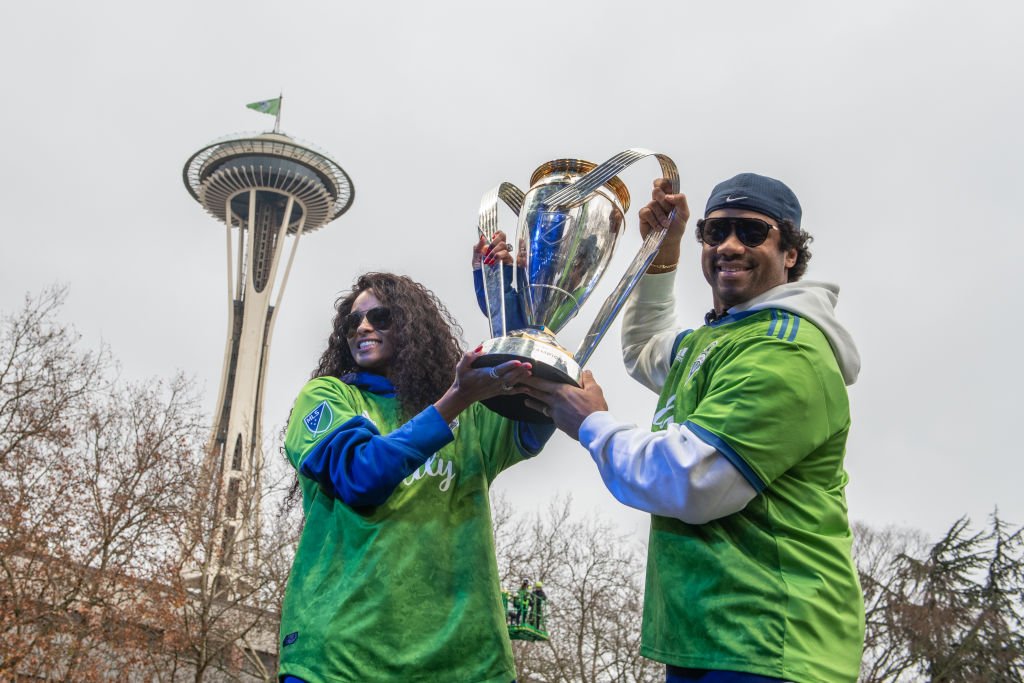 On Thursday (Jan. 30) while on vacation in Turks and Caicos Islands, Ciara took to Instagram to share the exciting news. The post, which features a picture of a pregnant Cici taken by husband Russell Wilson standing on a huge rock accompanied with the caption, “Number 3.

Russell Wilson also took to his Instagram page to share the news by sharing a shirtless pic of himself donning a necklace with the number three, while showcasing a pregnant blurred Ciara in the background.

Although the due date and sex haven’t been announced, it’s clear to see that the couple is super excited.The new addition will be the couple’s second child together, but Ciara’s third. The “Like a Boy” singer has a son, Future Jr., from her previous relationship with Future. After the couple wed in 2016, Ciara and Russell welcomed their daughter, Sienna Princess, in April 2017.

The announcement of “Number 3” comes a few weeks after the Seahawks’ season ended. The Hawks lost to the Green Bay Packers, 28-23, in the NFC Divisional round. Wilson had one of the best seasons of his career and is in the MVP conversation, though likely behind Baltimore Ravens quarterback Lamar Jackson.