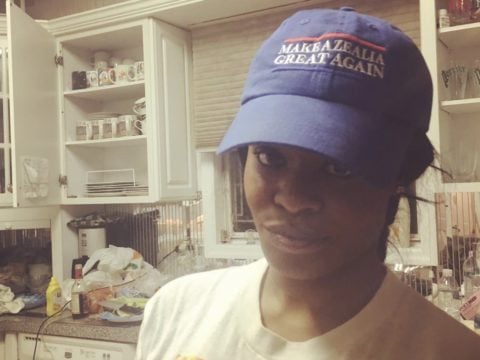 New York rapper Azealia Banks is in the minority. The hip-hop artist has weighed-in and flexed support for Kanye West meeting President Donald Trump at the White House.

Banks went to her Instagram Story Thursday (October 11) to focus on the bright side of Ye visiting Trump.

Despite Azealia’s support, various hip-hop artists have voiced their disgust with Kanye.

The post Azealia Banks Sees Bright Side Of Kanye West/Donald Trump Meeting: “I’m 100% Here For It” appeared first on SOHH.com.