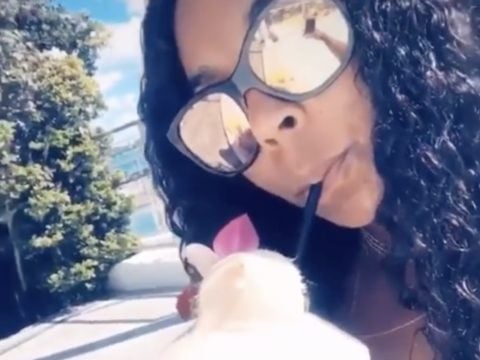 New York singer Ashanti isn’t out here looking sad or depressed. The crooner has opted out of responding to flames thrown her way from music rival 50 Cent.

Instead of clapping back at 50, Ashanti hit up her Instagram Story Sunday (October 21) with shots of herself living her bet life at a pool party.

Yesterday, 50 Cent ripped Ashanti for having a concert nixed over ticket sales.