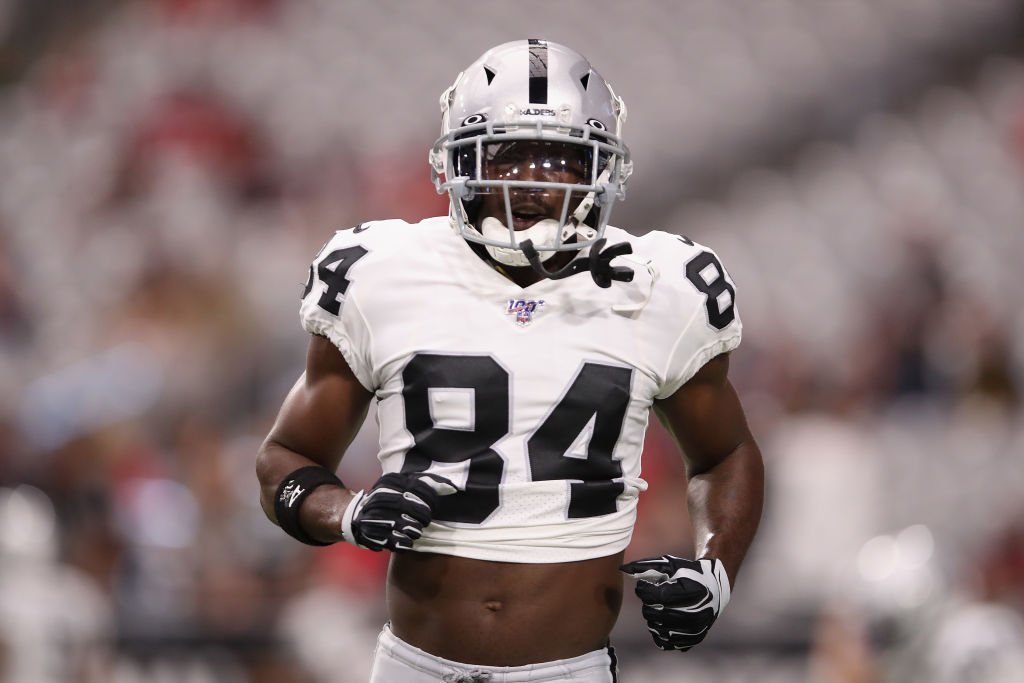 Well that didn’t take very long. Antonio Brown is asking his former employers to pay the remaining balance of his professional football contract.

NFL.com is reporting that the controversial wide receiver has a filed a grievance against the Oakland Raiders and New England Patriots. The former wide out is seeking to recoup almost 40 million dollars in his unpaid salary. From Oakland specifically he has requested monies deducted due to disciplinary penalties, a week of salary when he was abruptly dropped from Oakland and voided guarantees. His complaint against the Patriots states includes salary not paid to him from week 1 of the 2019 season and the balance of the contract.

Even though the Raiders made Brown the highest-paid receiver he had a very tumultuous year off the field. He allegedly confronted his then general manager Mike Mayock in a hostile manner which resulted him in being terminated even before he played one game for the AFC West squad. He then signed with the Patriots a week later amidst allegations of rape and sexual assault.  He would be cut shortly after when it was reported that he sent texts intimidating a witness related to a separate case.

On September 22 he took to his Twitter account to vent his frustration claiming he will never play for the NFL again and also allude to this recent grievance filing.

Will not be playing in the @NFL anymore these owners can cancel deals do whatever they want at anytime we will see if the @NFLPA hold them accountable sad they can just void guarantees anytime going on 40m 2 months will see if they pay up !