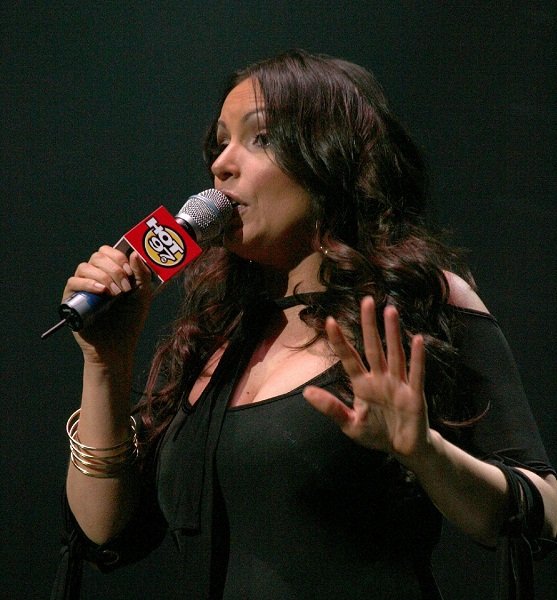 Even before the billions Jay-Z proved that he always thought two steps ahead. Thankfully he also put the talk of New York on to some game in the name of the culture.

As spotted HipHopDX Angie Martinez recently conducted an interview with Page Six. In it she discussed how her initial meeting with Roc Nation not only helped advance her career but also preserve her precious content. When asked about her infamous but never released Q&A with Tupac Shakur she said Jigga might be the reason it is still accessible.

“The tapes are in a safe, secure place now. But they weren’t for many years. Before that, they were in my laundry room and it was actually Jay-Z that told me to put it in a safe place” she admitted. “I was in a meeting at Roc Nation and we were talking about my archives because I have all my old interviews on tape. They were literally in boxes in my laundry room and Jay said: ‘Get them out of the room now. Somebody help her get them out of that room now because if there is a flood or a fire it will be destroyed.’”

Naturally she took his advice and took steps to protect her audio. “So people at work helped me digitize the tapes so I can make sure I have them forever.” Back in 1996 she sat down with the slain legend while in Los Angeles. While the two talked for two hours only 12 minutes of the meeting was ever released. Currently the tapes are in “a safe in an actual vault where you would need specific access to get to them” she explained.

You can hear a snippet from Angie’s interview below.