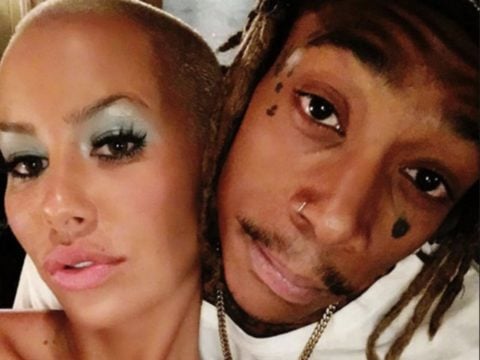 According to reports, Rose filed a police report last Thursday (September 13) after realizing she hadn’t seen the ring in about a month.

She reported that the ring is worth about $150,000, and she has no idea where the ring could have gone, as numerous people have come in and out of her house. Rose, 34, is devastated over the loss, as she wanted to give their son Sebastian the ring one day, according to the outlet. Rose and Wiz, 31, began dating in 2011 and he proposed in 2012. Their son was born in 2013 and they split in 2014. (Page Six)

This week, Amber came forward to reveal she might low-key have an idea of who is responsible for stealing the ring.

We got Amber Monday heading into LAX and asked if there were any suspects yet in the case of her missing engagement ring. It doesn’t sound like cops have zeroed in on a perp yet, but Amber says she’s on the case. She hints she’s already got a short list of suspects — but says she’s still gathering proof. (TMZ)

Back in May, Amber put a swift end to cheating on Wiz during their short marriage.

#AmberRose is clearing up any & all rumors – she didn't cheat on #21Savage, she & #WizKhalifa are strictly friends, she never said girls from #Philly are ugly & she's never used anyone for money. ***SWIPE***

A few months ago, Rose showed her support for Khalifa’s Rolling Papers 2 album.

The post Amber Rose’s Wiz Khalifa Engagement Ring Stolen, Muva Says She Might Know Who Did It appeared first on SOHH.com.