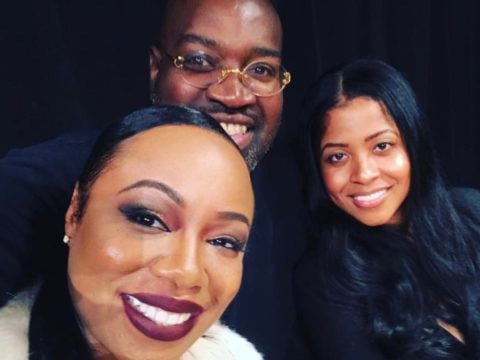 New York rapper 50 Cent‘s ex-girlfriend Shaniqua Tompkins is here for all the smoke. The hip-hop star’s baby mother has responded to threats shot her way about a rumored new reality TV show.

According to Tompkins, Fif is just blowing smoke and has no power in stopping her from grabbing a money bag with Nas‘ baby mother Carmen Bryan.

This week, 50 jumped on his Instagram page to flame Tompkins and shut down her reality TV plans.

According to Carmen Bryan, she and Tompkins are working on a reality TV show.