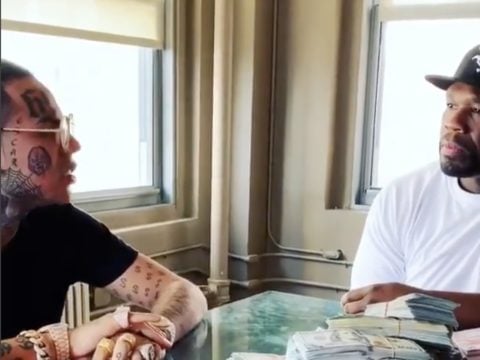 New York rapper 50 Cent and Tekashi 6ix9ine need their own comedy show. The “Get The Strap” duo have reunited for a hilarious video clip.

The post 50 Cent & Tekashi 6ix9ine Act Out Hilarious Father-Son Moment: “How You Doing In School?” appeared first on SOHH.com.