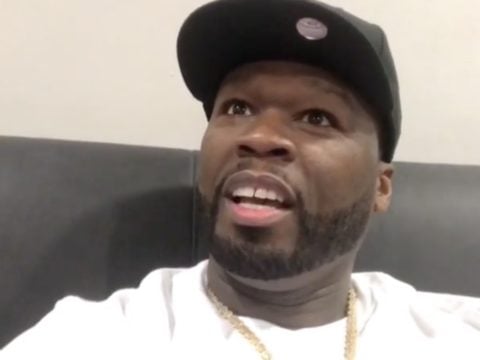 New York rapper 50 Cent is stumped right now. The hip-hop star has reacted to someone trying to shade him with a Young Buck sexual accusation amid his publicized e-beef with actor Michael K Williams.

A screenshot has surfaced of Fif appearing stumped after the reference to his G-Unit member.

Don't sleep on Omar, he had everyone shook on #TheWire

Last month, Buck went to social media with an explosive clip shutting down his connection to a transgender clip.

“Let me address this real fast real quick. Ain’t sh*t gay about me. I ain’t got a problem with no gay people. Whatever the f*ck you n*ggas thought you seen on a tape, n*gga that ain’t no motherf*cking tape of no motherfuckin’ punk sucking my dick.” Buck says in the IG clip. “But for you b*tch a** n*gga, or n*ggas, Cook-Up in particular, n*gga since you want to jump on the Instagram and play all these old gangsta a** roles like you that. B*tch a** n*gga why don’t you just pull up and keep that same energy n*gga. You give me the location and I’ll give you the location.”