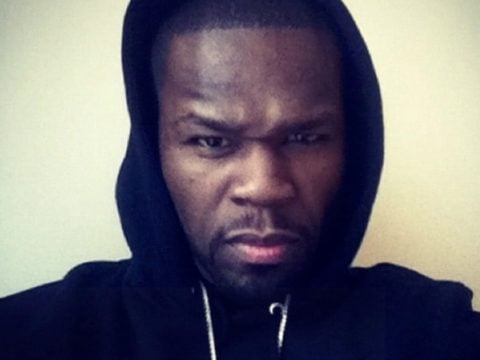 After taking a few savage hits from Jimmy, Fif fired back Friday (October 12) by poking fun of his signature line of t-shirts.

LOL – y'all gotta stop it! lol

Hey everybody when you get a chance get buy Jim Jones fake Gucci, Vucci T shirt. LOL pic.twitter.com/D5b3r3gaMU

Friday morning, 50 showed no mercy on Jones and poked fun at his facial features.

Look who is back on his IG trolling. lol

Over the summer, 50 Cent showed no mercy and clowned Jimmy for selling pink Dipset shirts.